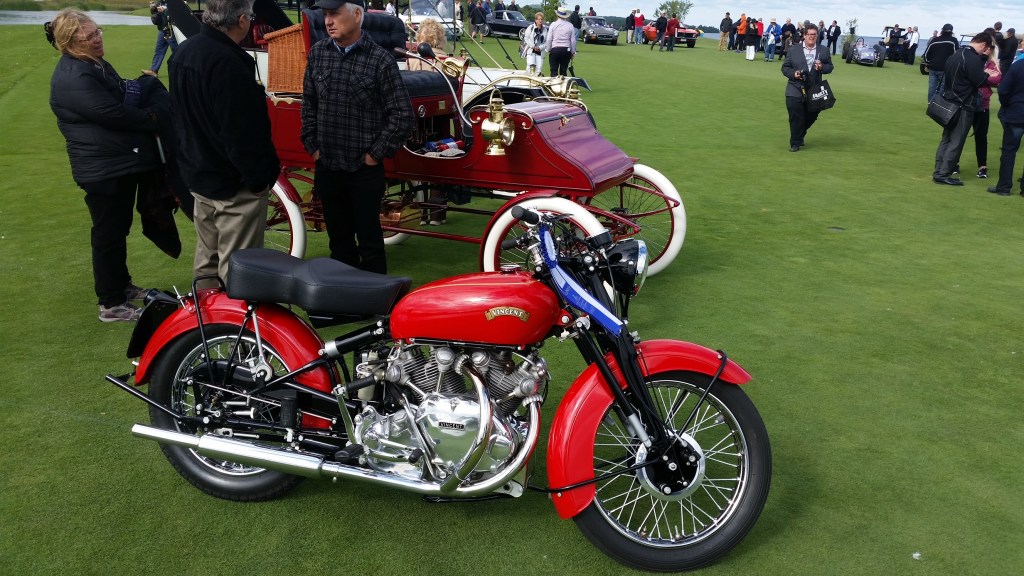 This 1952 Vincent Rapide belongs to Gene Brown of Denver, Colo. Brown will be showing in motorcycle and two 1973 Norton's during the Vintage Motorcycle show in downtown Vicksburg. (File Photo)

Motorcycle enthusiasts know that a 1952 Vincent Rapide is one of the most sought-after vintage bikes.

Not many were made, making it a rare find for both collectors and motorcycle buffs to view.

On Saturday, Nov. 6, a 1952 Vincent Rapide will be on display in Vicksburg during the Vintage Motorcycle Show, which will be held at the Washington Street Park.

“They are really almost the Holy Grail of motorcycle collectors,” event organizer Roger Harris said, of the 1952 Vincent Rapide.

Made in England, Harris said, “These motorcycles had the reputation of being really high performance and way ahead of their time for horsepower and performance measures.”

Harris said there will be folks from around the country who will have their motorcycles on display.

“This is going to be a big show, bigger than the previous ones,” Harris said.

This will be the fourth year Vicksburg has played host to the event and like in years past, awards will be handed out including Best of Show.

Along with the 21 awards, door prizes will also be given out during the event.

Harris said he has continued as the organizer because there are no other vintage motorcycle shows nearby.

“The closest one I know of is in Birmingham,” he said.

And as a collector himself — he has eight vintage bikes — Harris said he also continues as the organizer because enthusiasts like seeing other motorcycles as well as showing theirs off.

Supported by the city of Vicksburg, Ergon and the Vicksburg Convention and Visitor’s Bureau, Harris said, the Vintage Motorcycle Show is a positive for Vicksburg.

“I think this is a great addition for Vicksburg. It gets a lot of visitors here every year. This year I expect well over 500 people in here, and that’s just the ones with the motorcycles,” Harris said.