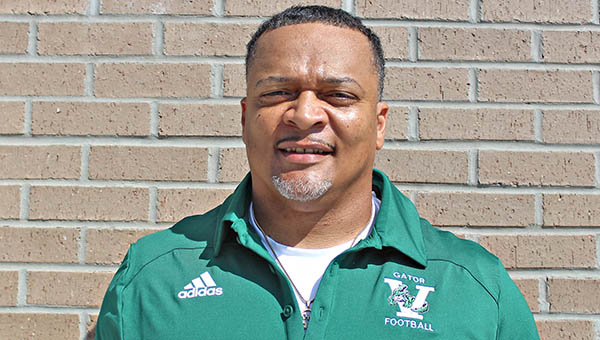 A flood of yellow flags left the guys in green seeing red.

Vicksburg High was called for nearly a dozen penalties in the fourth quarter — including one that wiped out a go-ahead touchdown and another that negated a long interception return — and lost 14-12 to Holmes County Central on Thursday.

The Gators were also victimized by a questionable spot on their final possession, turned it over on downs the last two times they had the ball, and had four pre-snap penalties in the first half.

“The penalties and the officiating tonight made our game an uphill battle the entire night,” Vicksburg coach Todd McDaniel said. “From bogging down of offensive drives, to calling three touchdowns back, to putting us from first-and-goal back to the 40- or 50-yard line, it’s a night I don’t want to see ever again.”

Holmes County Central (6-4, 5-3 MHSAA Region 2-5A) won its third game in a row and earned the No. 3 seed from Region 2-5A in the Class 5A playoffs that begin next Friday. It will play at Lafayette next week.

The loss didn’t hurt the Gators (6-4, 6-2) in the long run. They had already been locked in as the No. 2 seed from Region 2-5A regardless of Thursday’s outcome and will host Cleveland Central in the first round next week.

“We’ve got to do our best to shake it off today and tomorrow, and get ready for Cleveland Central on Friday. It’s a big pill to swallow, but we have no choice,” McDaniel said.

Vicksburg lost its last two games of the regular season after ripping off six wins in a row. This one, though, felt like it was taken from them more than they lost it.

Late in the third quarter, Ronnie Alexander completed a long pass to Julien Demby that moved the ball inside Holmes’ 15-yard line and kicked off a cavalcade of penalty flags that never relented. A holding call at the end of Demby’s catch and run was the first of six in a sequence that ended when Otis James was stopped at the 1-yard line on fourth-and-goal early in the fourth quarter.

An earlier holding call wiped out a go-ahead touchdown run by Johnny Smith, and an unsportsmanlike conduct penalty after the fourth down play allowed Holmes to move off the goal line.

“Every game, you’re going to have penalties — but not penalties where you’re going to call three or four touchdowns or long runs back, back-to-back,” McDaniel said. “Don’t give us anything. If we lose, we lose. But it’s just hard to believe that every single time we break free for a touchdown, we’re holding on that particular play.”

Midway through the fourth quarter, Vicksburg’s Jaleel Fleming intercepted a pass and returned it to the 10-yard line. A penalty on the return brought it all the way back to near midfield, however, and the Gators wound up turning it over on downs after several more penalties on their offensive possession.

The final call that went against them came in the final minute, when Smith dove for the first down on a run on a fourth-and-15 play. He was ruled to have come up a half-yard short despite passing the sticks with his dive.

“We got the first down by two yards and got ran out of bounds. The referee said he was down, and winded the clock. Then he said turnover on downs,” McDaniel said.

The late flurry of penalties became the unfortunate story of a game that was a defensive battle for 2 1/2 quarters.

Jerell Boyd returned the opening kickoff 60 yards to set up his own 8-yard touchdown run and a two-point conversion for Holmes, and Vicksburg answered with a 6-yard TD run by James with 8:05 left in the second quarter to make it 8-6.

The teams flipped that script in the second half, with the Gators’ Malik Montgomery going 68 yards for a touchdown on the first play of the third quarter and Holmes’ Dandreyus Giles scoring on a 34-yard run with 7:05 left to put the Jaguars back in front 14-12.

Alexander’s long pass to Demby came on Vicksburg’s next series to begin the wild and strange final 15 minutes.