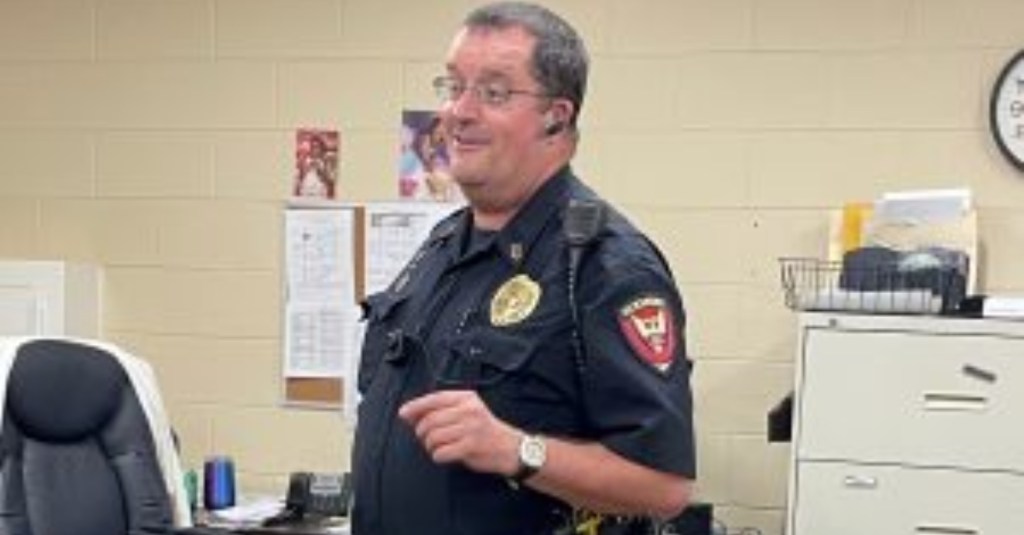 Joseph Shows conversing with someone in his office at the Vicksburg Police Department. After more than 26 years of service to the community, Shows has retired. (Photo by Terri Cowart Frazier | The Vicksburg Post)

After more than 26 years of service to the community, Lt. Joseph Shows has retired from the Vicksburg Police Department.

There were too many stories to recall, but one did have an impact on Shows’ life.

“I was looking for a DUI driver and hit him head-on on an overpass going to 61 North,” Shows said. “I was out for several months with knee surgery and had several stitches in my elbow.”

It was a traumatic event at the time, he said, but the former police lieutenant can now laugh about the fact he caught his man.

Becoming a police officer had been a childhood dream for Shows.

“I just always liked officers and the persona and image they have,” he said. “And I like doing stuff to help somebody.”

Shows said he also liked how it made him feel when people appreciated what he did for them.

“It just made me feel really good,” he said.

Now after 26 years and nine months of serving on the Vicksburg Police Department, Shows has retired from the department.

“There have been a lot of fun times and I feel very honored,” Shows said following his retirement.  “If you look at the people coming through the police department, there are very very few compared to those numbers that stay and make a career and actually retire from the department. So I am humbled and honored to be joining those few that have made a career out of it.”

When Shows first joined the VPD he started out as a patrolman and worked the streets.

In 2012, he moved to the traffic division for about a year until he made sergeant.

“Then two years later, I moved back to patrol as watch commander,” he said.

Shows continued up the chain of command and retired as a lieutenant watch commander.

“I won’t miss the calls, but I will miss the people that I worked with for so long. After 26 years you really get to know people and they are just as much family as your own family,” he said.

Shows plans to begin a new career at ERDC working in security.