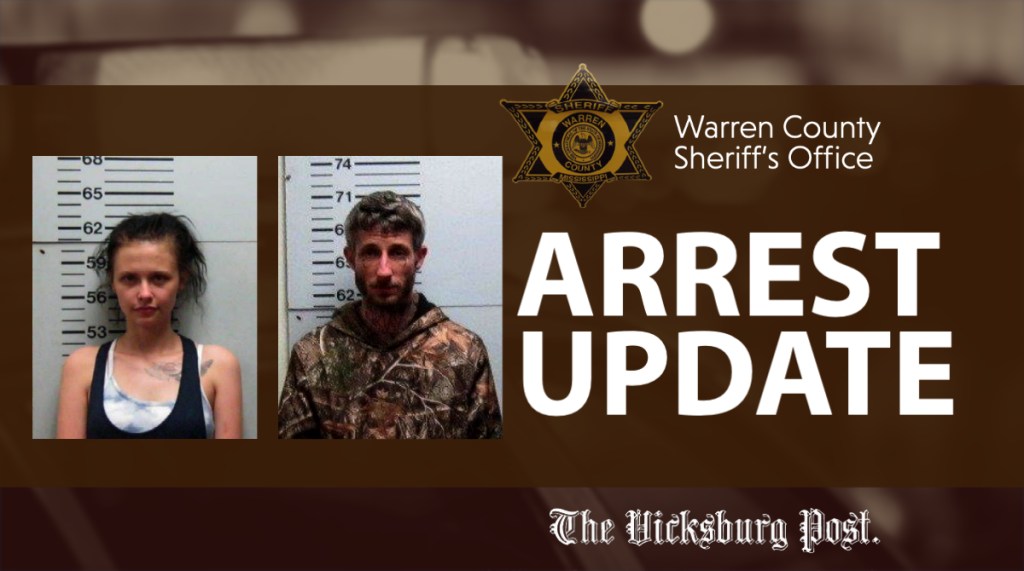 Warren County Sheriff Martin Pace said deputy Dustin Keyes stopped a Dodge pickup about 1 a.m. Tuesday on MS 27. A records check during the stop indicated that Hannah Leann Brand, 20, a passenger in the truck, had an outstanding warrant. During her arrest, Keyes found Brand had several hydrocodone tablets and a 9mm handgun in her purse.

A further search of the car resulted in the discovery of 3.5 ounces of methamphetamine and Keyes arrested Zane Michael Key, 36, the driver of the car. Key and Brand were both charged with trafficking a controlled substance.