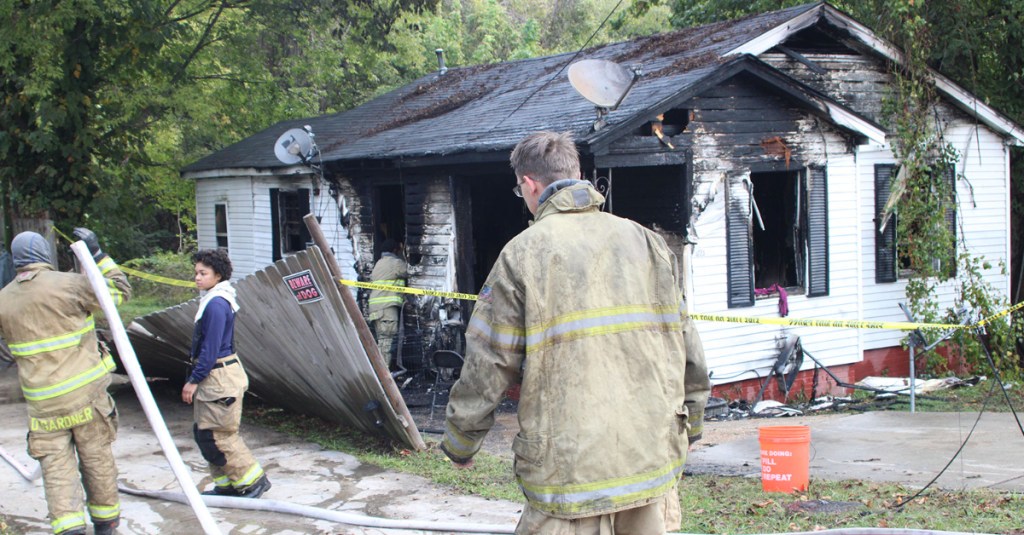 Vicksburg firefighters prepare to remove hoses after extinguishing a house fire a 1225 Bowmar Ave. The early morning fire heavily damaged the house. The occupants were able to escape the blaze and there were no injuries. (Photo by John Surratt | The Vicksburg Post)

An early morning fire on Friday heavily damaged a home in the 1200 block of Bowmar Avenue.

Fire Chief Craig Danczyk said Vicksburg-Warren 911 received a call about the fire at 1225 Bowmar Ave. about 5:37 a.m. Firefighters were dispatched about 5:38 and arrived to find the fire fully involved when they arrived.

He said the cause of the fire is under investigation, adding Nathaniel Williams, the department’s fire investigator, was called to the scene. The occupants of the house and a nearby house west of the fire managed to evacuate and there were no injuries.

“There was a lot of damage to the home,” Danczyk said. He said the fire did not damage the other house.

In another fire, Danczyk said food left cooking on the stove was the cause of a Nov. 1 fire that damaged a home on Debrah Drive.