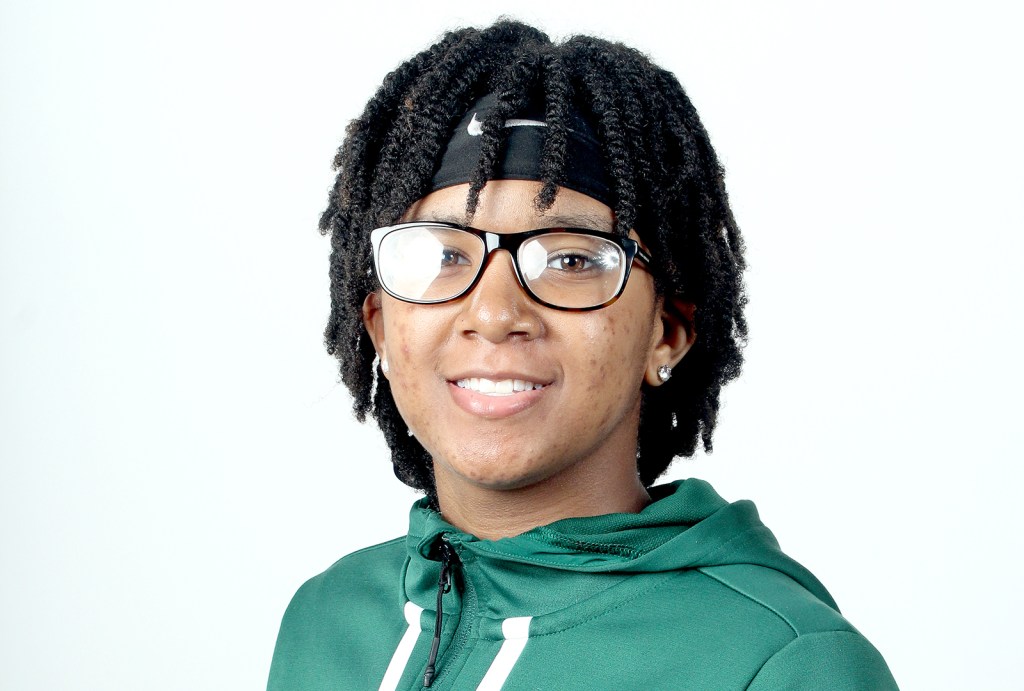 Vicksburg High basketball player Destini Sims had 10 points and five rebounds in a 40-33 win over Jackson Academy on Thursday.

Another balanced effort led the Vicksburg Missy Gators to another win.

Janiah Caples, Destini Sims and Layla Carter each scored in double figures for the second game in a row, and Vicksburg beat Jackson Academy 40-33 on Thursday.

Emily Buchanan finished with 13 points and eight rebounds for Jackson Academy (1-1), and Gracelyn Carmichael had 12 points and 11 rebounds.

Vicksburg shot 61.5 percent (8-for-13) from the field in the first half to build a 25-20 lead. It was just 5-for-24 in the second half, but Jackson Academy also struggled from the field to help the Missy Gators stay in front.

Jackson Academy shot 1-for-11 in the fourth quarter, and 11-for-42 (26.2 percent) for the game. The Lady Raiders committed 19 turnovers that led to 22 points for Vicksburg.

The Missy Gators will play their first home game Nov. 11 against Madison Central, at 6 p.m.