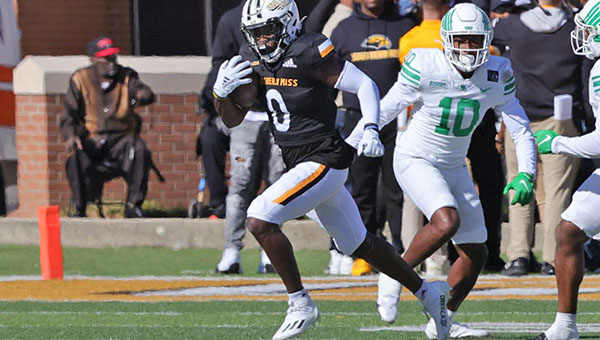 • Albany State wide receiver Joe Shorter (Warren Central) caught two passes for 62 yards — both touchdowns, of 41 and 21 yards — in a 57-0 rout of Fort Valley State. Shorter was also credited with one tackle for loss, and returned one kickoff for 15 yards.

• Mississippi College kicker Jance Riley (Central Hinds Academy) went 3-for-3 on PATs, and punted six times for an average of 30.5 yards, in a 24-21 overtime loss to Delta State.

• Tulane linebacker Nick Anderson (Vicksburg) had five total tackles, including two for loss and one sack, in a 14-10 loss to Central Florida.

• Grambling defensive back Myron Stewart (Port Gibson) had one solo tackle and blocked a punt that resulted in a safety in a 33-26 loss to Arkansas-Pine Bluff.

• Kansas State defensive back Marvin Martin (Vicksburg) had one solo tackle in a 35-10 win over Kansas.