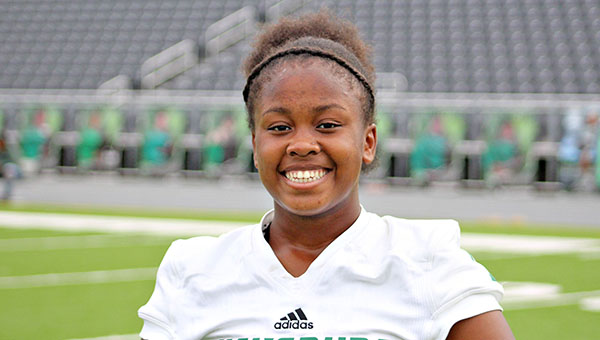 Vicksburg High soccer player Trinity McGloster scored two goals and assisted on a third in a 3-1 win over Greenville on Monday.

Vicksburg High finally got to play a soccer game in its renovated stadium, and it was worth the wait.

Trinity McGloster scored two goals and assisted on another, and Ava Pritchard made six saves as Vicksburg’s girls’ team defeated Greenville 3-1 in its 2021-22 home opener on Monday.

McGloster scored in the 17th and 60th minute, with the latter coming on a penalty kick following a foul against Kennedy Mullins. She then assisted Amari Johnson in the 70th minute to give the Missy Gators a two-goal lead put the game away.

Vicksburg will play at home again on Thursday, when it hosts Warren Central at 5:30 p.m. The boys’ game will begin at 7:15 p.m.

Hall scored three goals, after also scoring three in a 4-0 win over Vicksburg in the season opener a week earlier.