Hilliard urges veterans to write about experiences at Vicksburg ceremony 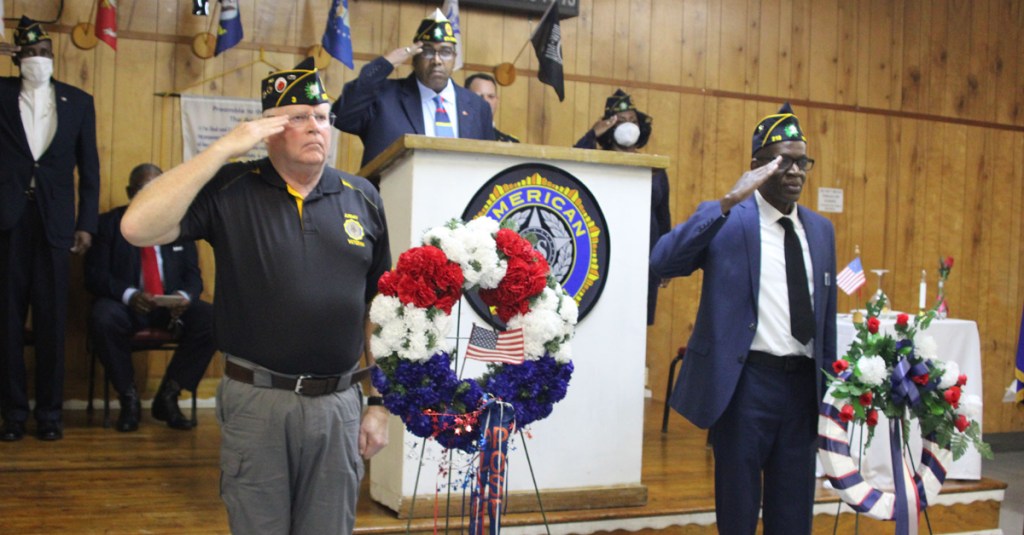 Veterans need to keep a record of their experiences in the military to help others learn not only about their family’s legacy of military service but also the nation’s, Col. Robert Hilliard told about 100 people attending Thursday’s Veterans Day memorial ceremony at American Legion Post 3.

The program, usually held at the city’s rose garden, was forced indoors by rain, which forced the cancelation of the annual Veterans Day parade.

“This day belongs to all of you,” Hilliard, commander of the U.S. Army Corps of Engineers Vicksburg District told the group, which included a large number of veterans. “You are the ones who chose to serve your country; every one of you had a reason for enlisting and every story is different.”

Recalling his family history, Hilliard said its legacy of military service is traced back to the Civil War.

He said, however, that finding information about his grandfather’s service in World War II was sketchy.

“My grandfather was a company commander with the 116th infantry; he arrived in Normandy in July 1944 and went to Brittany to Aachen, where he was injured.

“He died in 1997, the year after I got my commission, and the one thing I regret is never asking him about his service.”

“Today, what I want to say to your veterans is tell your story,” Hilliard said. “Write it down. People want to know; they just don’t know what to ask. I didn’t know what to ask until I was in the military myself and then I wanted to go back and ask, ‘How did you do this? What did you do here?’

He pointed to a table of JROTC students from Vicksburg High School.

“They need it; that’s the next gray line.”

“One thing we can agree on is that our military makes us strong and we are thankful that we still have men and women who protect our country.”