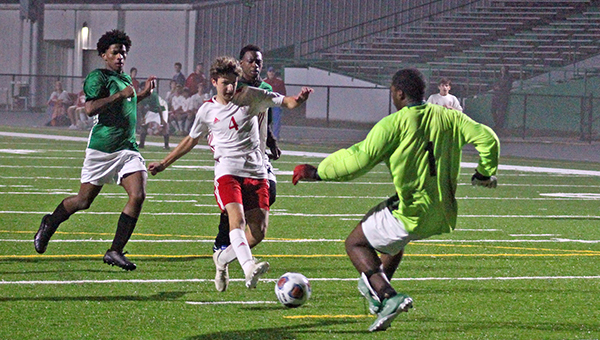 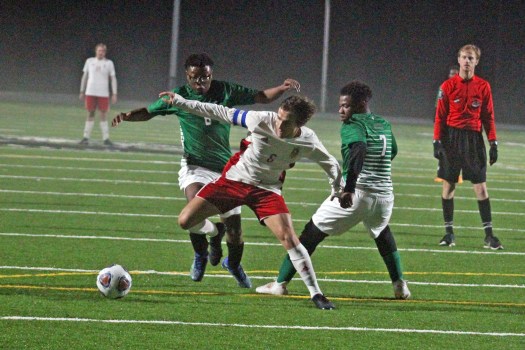 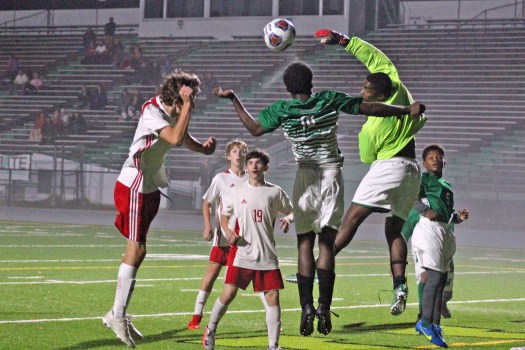 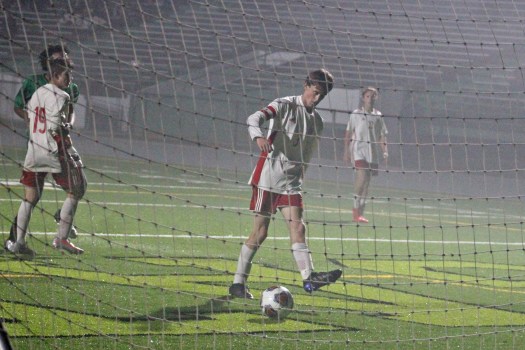 Warren Central's Anden McClurg (3) taps a shot into the net against Vicksburg. McClurg had three goals and two assists to lead the Vikings to an 8-0 victory. (Ernest Bowker/The Vicksburg Post) 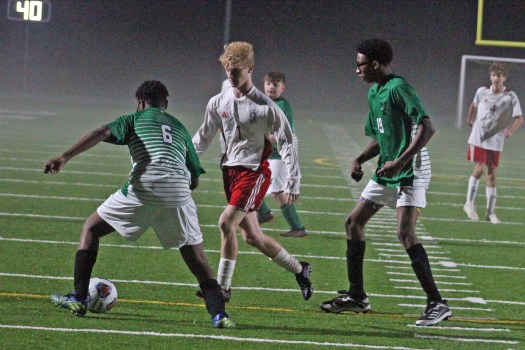 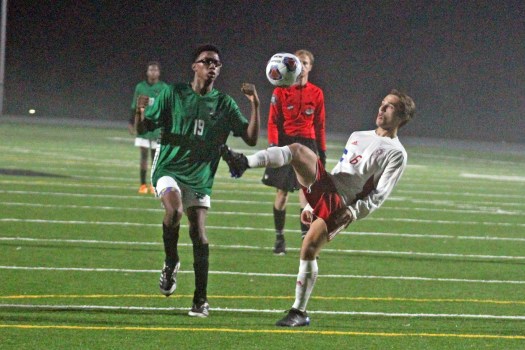 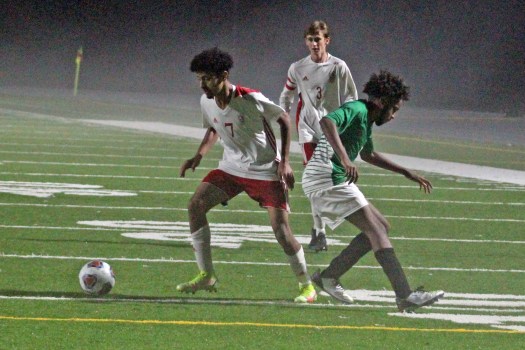 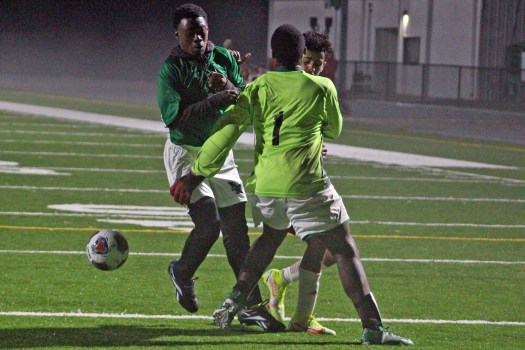 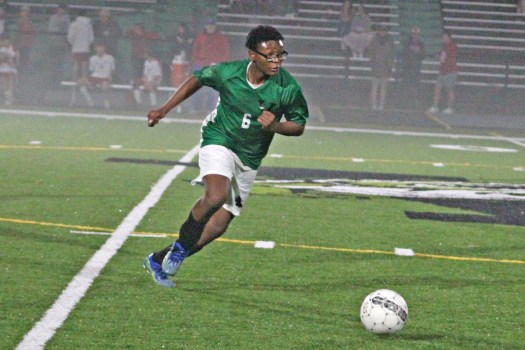 Warren Central’s boys’ soccer team sliced its way through the fog and diced up Vicksburg High on Thursday.

All of Warren Central’s goals were scored in the first half, including several in a thickening fog that rose off the artificial turf of Vicksburg’s Memorial Stadium. The game was called after the 50th minute because of the MHSAA’s mercy rule.

“I’d liked to have seen a few more score, but they were dropping everybody back,” Warren Central coach Greg Head said. “We could have scored a few more goals, but I wanted to get the young kids in there and let them play. We worked the ball well up and down the field. We did what we wanted to do.”

Vicksburg (0-5) remained winless. Keeper Jonathan Qualls had a solid game, even if the lopsided scored did not indicate it. The eighth-grader made 12 saves against constant pressure and stopped one of the two penalty kicks he faced in the first half.

“He’s a first-time player. He has definitely matured in the process, and I’m proud of him,” Vicksburg coach Jon Graham said. “People look at the score and say, ‘Hey, you let eight get past you.’ But you still stopped 12 or 13. So he’s definitly learning and growing. Within the next couple of seasons he’s going to be a beast at that position.”

For now, though, Warren Central was simply no match for Qualls and the Gators. The Vikings scored four times in the first 13 minutes of the game and, after a brief lull, tacked on three more goals in the last 10 minutes of the first half. They took 20 shots.

Esparza and Artman are eighth-graders, and getting them some game experience was one of Head’s objectives. The Vikings (3-0) will take a step up in competition Saturday when they face West Jones and Harrison Central in a tournament in Laurel.

“We were training to get ready for this weekend, so we wanted to take care of business and let some of the younger guys play,” Head said.

Graham was trying to do the same for his young players, although he said he has a lot more of them on the roster.

“This is a crosstown rivalry, so you definitely want to win these battles because it always leads to the bigger war and the bigger picture. However, I’m always proud of my team, win or lose,” Graham said. “We are a young, growing program and team. The majority of the team is at the junior high level. This is the first time for some of them to even play the sport of soccer. So it’s a learning process for most of them.”