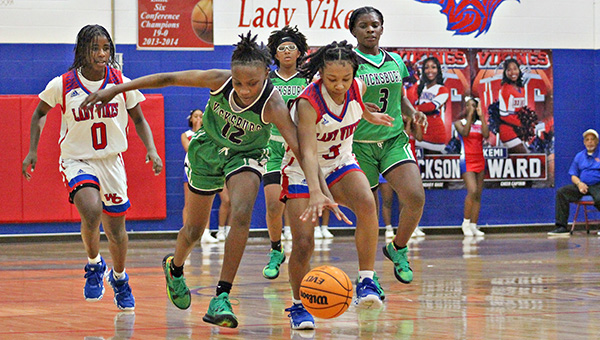 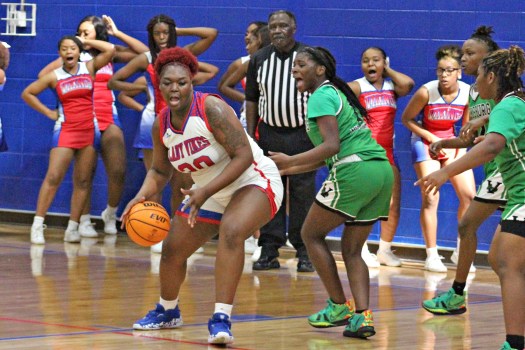 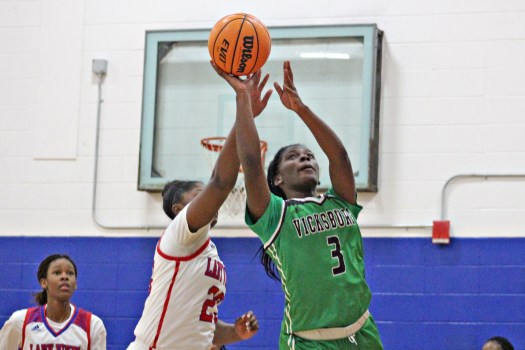 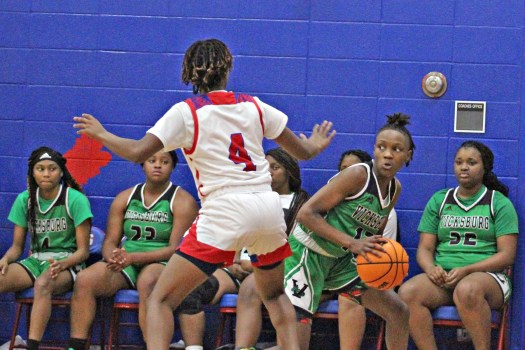 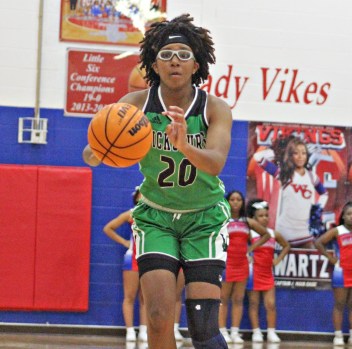 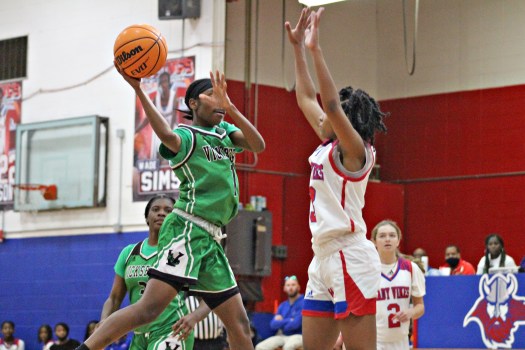 A controversial call and a clutch shot helped Vicksburg High stay on top in its girls’ basketball rivalry with Warren Central.

Destini Sims hit a driving, left-handed shot in the lane with 16.6 seconds remaining — after the Missy Gators had maintained possession following a disputed officials’ ruling — and then held on in the final seconds to beat Warren Central 42-41 on Saturday.

Sims finished with seven points and seven rebounds in a game neither team ever led by more than a few points, and Vicksburg (4-2) beat Warren Central (3-3) for the sixth time in a row.

“It’s a grind it out game. No matter what the records are, no matter who you’re playing, it’s going to be a tough, physical game,” Vicksburg coach Troy Stewart said. “We persevered and pulled it off. I think it was a great game for us. We’re playing the meat of our season right now and trying to make sure we’re battle-tested, and that’s one of those battle-tested games.”

The game was even the whole way, and turned on a controversial call in the final minute.

Vicksburg’s Kierra James brought the ball across halfcourt and, as she neared her team’s bench, shuffled her feet while coming to a stop for an obvious traveling violation. At the same time, Stewart was calling for a timeout. One official blew his whistle to signal the violation as another blew hers to grant the timeout.

After they conferred with the third official on the floor, the traveling call was waved off, the timeout was granted, and Vicksburg maintained possession while trailing 41-40 with 25.8 seconds remaining.

“The game goes real fast. You’ve got three separate referees. If one sees one thing and one sees another I can’t get upset with that. I just pray that they come together and make the right call,” Stewart said. “In my eyesight it was the right call. Now (Warren Central coach Darein) Hilliard will probably think the other way, but I think it was the right call because I called it when she got across halfcourt.”

Not surprisingly, Hilliard did think the other way. He was less than pleased with the pivotal call that led to his team’s third consecutive loss following a 3-0 start.

“We played well enough to win. And to have the ref call one thing, and then go back and change it, that’s totally unacceptable,” Hilliard said. “When he went to make his call, he blew his whistle. That’s automatic. That wasn’t going to be a timeout.”

Even after being on the short end of the officials’ ruling, and falling behind on Sims’ go-ahead basket, the Lady Vikes had two chances to pull out the victory.

Ta’Miya Sims committed a turnover on an errant pass with 10 seconds to go to give the ball back to Vicksburg. After Destini Sims missed the front end of a one-and-one free throw attempt, the Lady Vikes got the rebound and quickly advanced it up the floor. Jae’la Smith got a good, but contested, shot off in the lane that bounced off the rim as time expired.

“They’re (Vicksburg) capable of putting up big numbers, and I thought we played real well defensively and kept them under 40 points. Any time you hold a high school team under 40 points, you’re doing all right,” Hilliard said. “I figured it was going to be close and we were going to be able to pull it out at the end. It all goes back to that call. I’d like to have my chances in that situation.”