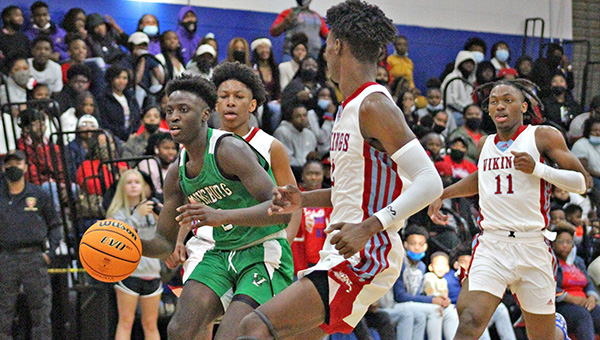 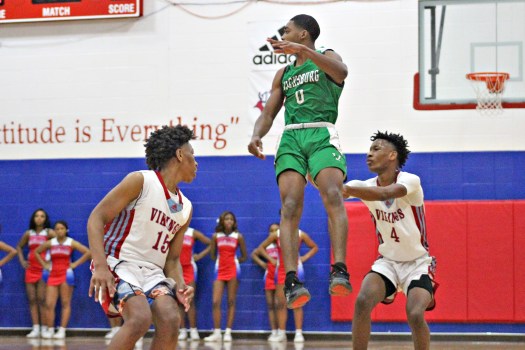 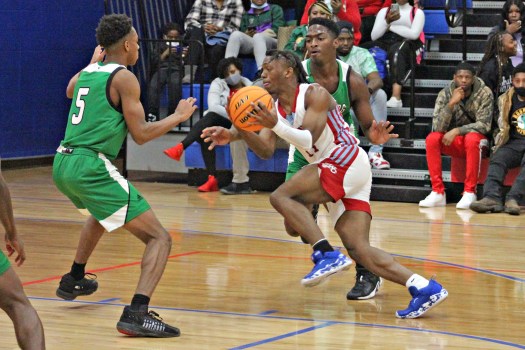 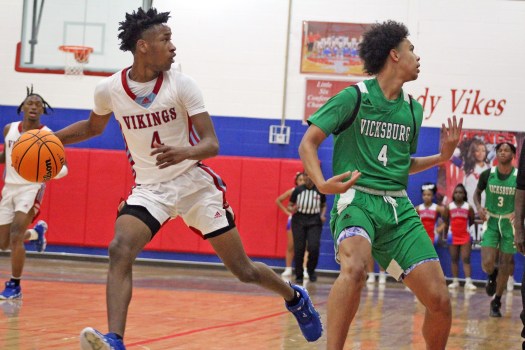 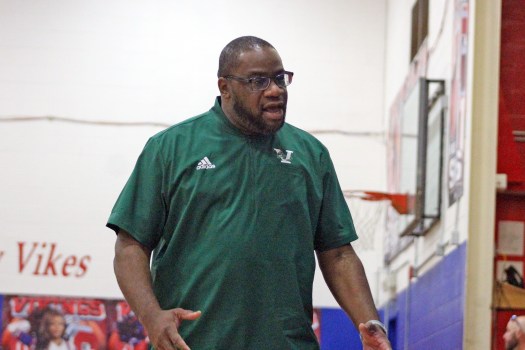 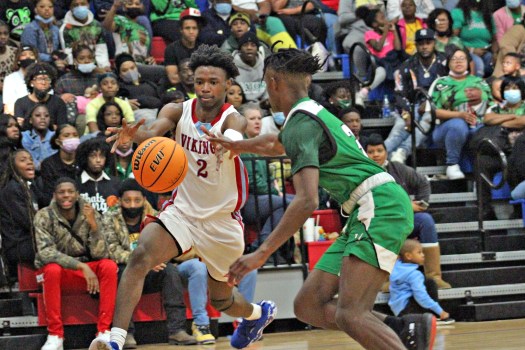 Between some mental errors and missed opportunities, it didn’t seem like anyone left the gym happy after Vicksburg’s boys’ basketball game against Warren Central on Saturday. The only consolation came for Vicksburg, which managed to get away with a victory.

Malik Franklin scored 14 points, Kameron Brown and Kealon Bass scored 11 each, and the Gators won 56-53 after nearly blowing a five-point lead in the last 12 seconds.

It was the kind of close game Vicksburg coach Kelvin Carter said he expected in the first half of the home-and-home series between the crosstown rivals — they’ll play again Dec. 4 at Vicksburg High — but also an effort from his team that he wasn’t pleased with at all.

“Immaturity set in there. We had a chance to go up seven a couple of times and we turned the ball over and gave them an and-one or a 3-pointer, something of that nature,” Carter said. “It’s just not playing enough. We’re going back to the drawing board on Monday, because we’re about to play a state championship team in Brandon (on Thursday night).”

Darrton Allen and Gaylon Turner scored 12 points apiece for Warren Central (1-4), and Taylor Mitchell added 11. Like his counterpart, however, Warren Central coach Keith Williams was not thrilled with the way his team played.

The Vikings missed three shots and committed two turnovers during a critical 90-second span late in the fourth quarter. Deonta Segrest was also called for an offensive foul that took away a basket with 29 seconds to go, and then a technical foul for objecting to the call that allowed Vicksburg to extend its lead to 53-48.

“The small things win ballgames. We had a great game plan and they stuck to the game plan. We just had a mishap. You can’t miss the target. We were 11-for-27 from the foul line, so when we’re shooting 35 percent who are we going to beat?” Williams said. “We had our chances and we didn’t capitalize on it. Hopefully this is going to make the guys understand and make them want to fight that much harder.”

In spite of their missteps, the Vikings had a chance to tie the game in the final seconds. Turner made the first of two free throws, chased down his own long rebound after missing the second, and hit a 3-pointer from the right corner to cut it to 54-53 with 8.3 seconds remaining.

Brown hit two free throws to put Vicksburg back in front by three, and with time running down Turner got off another 3-pointer from the left corner. It was contested by two Vicksburg defenders and fell well short as time expired.

“I like where we’re at as a team. The future looks bright for us,” Williams said. “We just have to take one game at a time. We’ll take this one and learn for the next one.”

Carter said he planned to do some teaching as well. Players on both teams jawed at each other late in the game and they skipped the handshake line afterward to keep tensions from boiling over. A couple of shoves in one exchange late in the game led officials to separate players, although no technical fouls were assessed.

In another sequence, a VHS player got a verbal warning from an official after shooting the basketball during a deadball situation.

Carter said it was part of the learning curve for a team with a dozen sophomores on the roster and vowed to clean it up.

“For our maturation we’ve just got to get there and we’re just not there yet. I’m patient, but it’s a lot of teaching that we’ve got to do,” Carter said. “We’re all young. I just want us to play hard and, when we’re on the floor, smart. I think we play hard enough. But just not knowing the game and the speed of the game, we get stuck in eighth- and ninth-grade mode. There is no comparison when it comes to high school.”