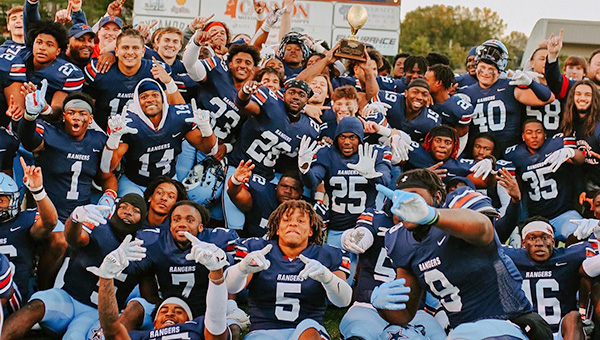 SENATOBIA — Hinds Community College took the field Saturday with dreams of winning its first football state championship in nearly a quarter of a century.

It took about four minutes for those to collide with cold, hard reality.

Northwest Mississippi scored on its first play from scrimmage and used a series of big plays to blow the game open early as it routed Hinds 56-21 in the Mississippi Association of Community Colleges championship game on Saturday.

Northwest Mississippi (9-2), which is ranked No. 4 nationally, won its second consecutive state title and 11th overall. Hinds (8-3) was playing in its first state title game since 2004, and has not won it since 1997.

“We dug a hole early,” Hinds head coach Larry Williams said. “It’s hard to come out of a hole once you dig it. This was a really good football team that likes to chew up the clock, and we played into their hands today.”
Northwest Mississippi didn’t chew up the clock, so much as it chewed up and spit out the Eagles with a quick barrage of big-yardage plays.

On the Rangers’ first play from scrimmage, Michael Hiers connected with D.T. Sheffield for a 72-yard touchdown pass. On the first play of their second possession, Jaquerrious Williams ripped off a 66-yard run to set up an 11-yard TD run by Jamarien Bracey.

Another long Hiers-to-Sheffield touchdown, this one for 46 yards, put Northwest ahead 21-0 with 6:56 left in the first quarter.

Northwest Mississippi had six plays of 29 yards or more in the game, and it finished with 651 yards of total offense.

Hinds finally got on the scoreboard with a 12-play, 81-yard drive capped by a 5-yard touchdown run by Jamarian Samuels with 1:41 left in the first quarter. That cut it to 21-7, but Northwest answered with a touchdown on its next possession — Hiers had completions covering 20 and 37 yards before finishing it with a 1-yard run — and Hinds never got closer than two scores the rest of the game.

Hinds quarterback BeSean McCray completed 22 of 33 passes for 249 yards, with no touchdowns and two interceptions. He was sacked five times, including twice by Sam Brumfield.