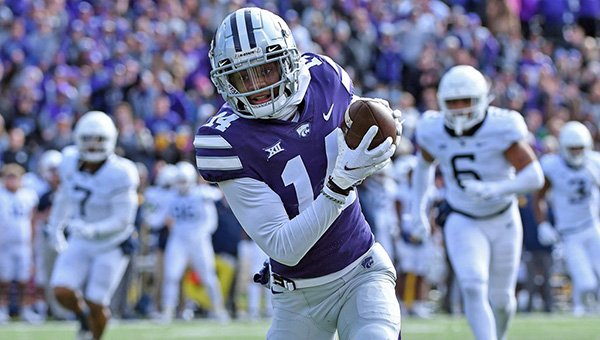 • Kansas State defensive back Marvin Martin (Vicksburg High) returned a blocked punt 7 yards for a touchdown in a 34-17 win over West Virginia.

• Tulane linebacker Nick Anderson (Vicksburg) had a team-high nine tackles, one sack and one fumble recovery in a 20-13 loss to Tulsa.

• West Alabama defensive back Lamar Gray (Warren Central) had eight solo tackles, one tackle for loss, and one rushing attempt for 19 yards in a 28-24 loss to Mississippi College.

• Belhaven linebacker Tommy Curtis (Vicksburg) had two tackles, including one for loss, in a 41-0 victory over East Texas Baptist.

• Alabama State defensive back Jeffrey Scott (Vicksburg) had one solo tackle in the loss to Valley.