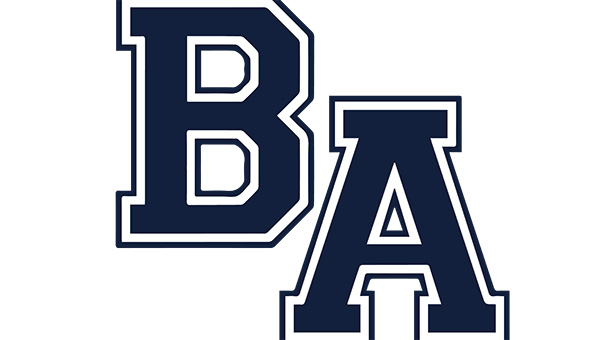 JACKSON — Briarfield Academy’s quest to become the first team to three-peat in the MAIS’ 8-man football division was derailed by an aerial barrage from DeSoto School.

Nash von Kanal caught eight passes for 265 yards and four touchdowns, and DeSoto School scored all of its points in the second half as it defeated Briarfield 28-14 in the MAIS Class 1A championship game on Thursday.

DeSoto School, located in West Helena, Arkansas, had reached the Class 1A semifinals each of the last two seasons before finally breaking through this time.

“These seniors have been trying to get here for four years. I’m just proud of them, to see them get here and end their careers on this note right here,” DeSoto coach Sam Pearson said.

Briarfield (8-5) was looking for its third consecutive 8-man championship, and fourth in five seasons. It won seven of eight games following a 1-3 start to the season and was in a position to add another championship trophy to its collection Thursday before things imploded in the second half.

Joe Campanale threw a 17-yard touchdown pass to Noah Womack with 5:55 remaining in the second quarter, and Owen Arledge ran in the two-point conversion to give the Rebels an 8-0 lead at halftime.

DeSoto, which averaged 51 points per game and had not scored less than 36 in any outing before this, took control in the second half. Von Kanal turned a short wide receiver screen pass into an 86-yard touchdown with 3:47 left in the third quarter, then caught a deep ball from quarterback Gibson Pillow for a 39-yard TD with 1:04 left.

Von Kanal added a 48-yard TD in the opening minute of the fourth quarter to put the Thunderbirds ahead 20-8.

Briarfield got one score back on a 2-yard touchdown run by RaMarion Johnson, and had a chance to set itself up for the tying score late in the fourth quarter. Pillow was tackled behind the line of scrimmage twice and then completed a short pass to von Kanal to set up fourth-and-12 with four minutes to go and the clock ticking.

Von Kanal ran a deep crossing route, caught Pillow’s pass around the 35-yard line and shook off his defender, and then skipped into the end zone — which drew a taunting penalty — for the touchdown. Pillow and von Kanal also hooked up for the two-point conversion pass to make it 28-14.

Briarfield turned it over on downs on its last possession, and DeSoto was able to run out the clock from there.
Pillow, a senior, finished the game 9-of-14 passing for 272 yards and four touchdowns for DeSoto, ran 17 times for 53 yards, and also made 11 tackles on defense.

Campanale, the Briarfield quarterback, was 6-of-11 for 92 yards and a touchdown. Johnson carried the ball 10 times for 44 yards and a TD.

On defense, Carter Coullard had seven tackles and a sack for the Rebels. Nick Hale had six tackles, including three for loss, and a forced fumble, and Ben Coullard had an interception.

“It all came down to defense. It’s hard to talk about defense a lot of times when you’re talking about 8-man football, but we knew were up against probably the best defense in 8-man football today. We knew we had to match that, because we knew they were going to keep us below what we normally get,” Pearson said. “One thing this team has is grit. We’ve got it on our undershirts. I asked them to play with grit all year and they never let me down.”

The Class 1A final was the first of six games during the MAIS’ championship weekend. Greenville Christian plays Canton Academy Thursday at 7 p.m. for the Class 3A championship, and the Class 2A, 5A and 4A title games are Friday at Jackson Academy.

The Class 6A championship game between Madison-Ridgeland Academy and Hartfield Academy is scheduled for Saturday at 6:15 p.m. at Mississippi College in Clinton. All of the MAIS football championship games will be broadcast online at maisnetwork.org.