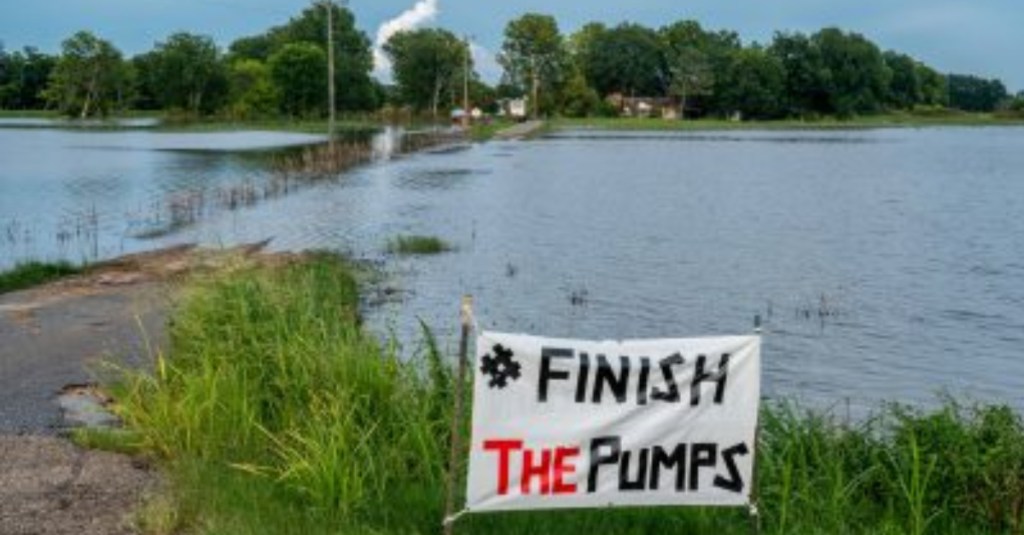 The federal government continued its pattern of failing the people of the South Mississippi Delta on Wednesday.

It seems as though the Environmental Protection Agency is more concerned with anti-Trump rhetoric and ideals than the livelihood of Mississippians who have long been crying out for help. Help and relief, they say, from a problem the government manufactured in the first place.

We’re no strangers to being forgotten on the national stage. Mississippi, the “landmass” between Louisiana and Alabama, has been a punchline far too often. And the ones suffering most are in the Delta. The population affected by the continuous catastrophic flooding of the Yazoo Backwater area consists of hundreds of households, 62 percent of which are people of color, 28 percent living below the poverty line.

It seems on the surface that this decision was aided by an Aug. 30 letter by U.S. Rep. Bennie Thompson, who represents the Second Congressional District, to the EPA. Thompson requested a probe into the Trump Administration’s handling of the decision, citing “serious issues” and claiming that top scientists were ignored in the 2020 approval of the project.

A Democrat and career politician, Thompson knows where his bread is buttered. On many visits to Vicksburg and the surrounding area, he’s been reported as saying, “I never get Vicksburg’s votes,” or similar statements to that effect. Perhaps if Thompson cared as much about serving his constituents as he does about hating former President Donald Trump, he’d get a few more votes in Warren County.

He’s also been recorded stating his support for the pumps project, at least on the local stage, when it behooved him.

Given what’s become a pattern of prioritizing his own interests and advancement over the wellbeing and livelihood of his constituents in our area, Thompson’s failure to support the Yazoo Backwater Pumps Project when it really mattered will come at a grave price. It might not hurt him in the long run, but it will most definitely harm the people and the resources in the South Mississippi Delta.

Since 2008, floods in the Yazoo Backwater area have caused more than $380 million in damage to homes, crops, roads and natural resources. Since the Environmental Protection Agency vetoed the pump project in 2008, the area’s preventable flood damage losses to agriculture have cost over $152,000,000 more than the cost of the pumps.

Since it appears the facts and figures don’t matter to the Biden Administration in this instance, let’s look at the human toll. Approximately 700 homes in the South Mississippi Delta were lost in the 2019 Backwater Flood — 94 percent of which were minority-occupied.

Those are people forced to flee their homes, forced to find a new way of life and likely, forced to depend further on a government they distrust immensely. The majority of these 700 homes were left uninhabitable, with what remains rotting away.

It’s clear that those in power have never stared in the face of a farmer whose crops were destroyed by these preventable floods, watched law enforcement officers set out on search-and-rescue missions to find loved ones, helped a pastor place sandbags around his church in vain or watched helplessly as their home was overtaken by unmerciful waters.

They’ve also never seen these folks’ resiliency, the tenacity with which they hang their “Finish the Pumps” banners and lobby to those who will listen. They’ve never seen the tears of joy each time they return to their homes, rebuild and start over, year after year. These are people who rebel against the rising waters, people who are full of hope that one day if they work hard enough, the pumps project will be completed. They’re loud and proud and they’re not giving up yet.

The time for empty promises from our elected leaders is over. Words without actions mean nothing to the people of the South Mississippi Delta.