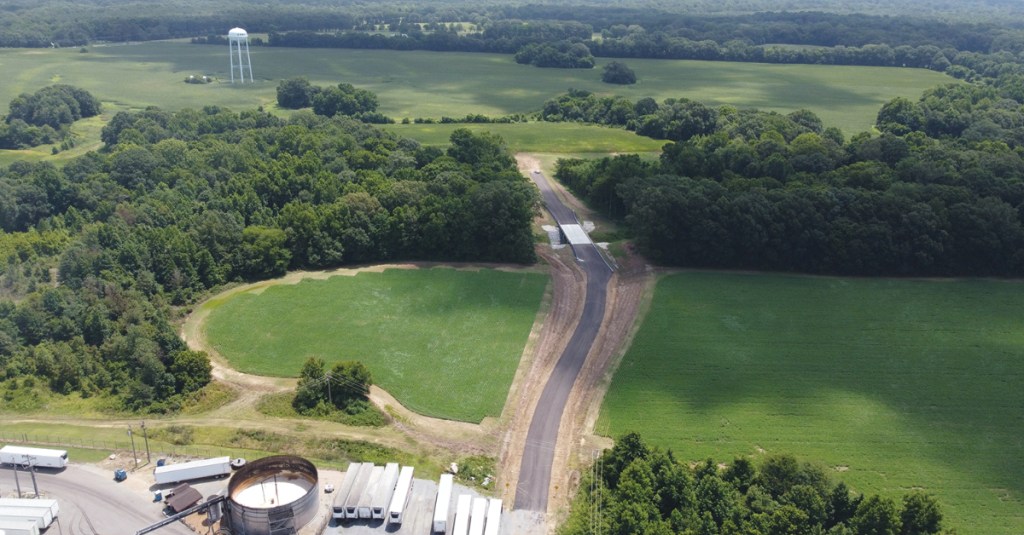 Proverbs 29:18 states, “Where there is no vision, the people perish.”

Therefore, it is good that through a coalition led by the Vicksburg Warren Economic Development Foundation (EDF), local governments, the business community and other forces in the region have developed a long-term vision and plan for the community which is currently being implemented. The EDF is one of three organizations that form the Economic Development Partnership, which was created in 2017 to bring together the Chamber of Commerce with the Warren County Port Commission and to revitalize and include the EDF.

After forming the Partnership in 2017 and inspired by the idea that a vision for the region was essential to guide its long term success, the Partnership rebuilt the EDF garnering support from a long list of investors who have supported the organization as it implements its wide ranging plan which was initially unveiled in the summer of 2018. Today, the EDF boasts over 40 private companies and individuals among its members.

The plan created by the Partnership called for the implementation of a holistic economic development program to support job creation through the recruitment of new businesses, the fostering of ongoing close relationships with existing companies and the creation of new businesses through broadly available entrepreneurship training. In addition, the development of the Mississippi Center for Innovation & Technology was highlighted as a centerpiece of a new economic model that should be pursued by the region in order for the community to capitalize on the presence of ERDC and the Corps of Engineers. The project seeks to locate to a unique space where tech transfer, education, technical training, economic development and entrepreneurship can collaborate and produce market innovations and STEM business spin-offs. Additional initiatives of the plan include increasing the region’s competitiveness by developing more sites and buildings to recruit new and growing companies and building a community culture that supports growth through quality of life community improvements.

Since the unveiling of the plan, the Partnership (under the direction of Pablo Diaz and the board of directors of EDF, the Chamber and the Port Commission) has focused on implementing the many goals of the plan with positive results for the area. In the past four years alone, the Partnership has implemented most of the goals in the plan, including developing a new image for the community, a new and robust website, new marketing materials and programs that support the successful recruitment of new companies and the expansion of existing ones. So far, the efforts have produced results for the entire region with the announcement of 856 new jobs in the area through 11 successful economic development projects. The projects have an associated capital investment of $209 million and over $34 million in annual payroll. These results were realized after the successful development of an “ED Delta Team” that represents the community in front of prospects and through fruitful partnerships with allies like the Mississippi Development Authority, Entergy, Hinds Community College, the city of Vicksburg, Warren County and the Delta Regional Authority, among others.

The Partnership also attained other important goals including the passage of legislation to support the growth of the marine and river industries, the sale of the CERES spec building and the creation of a robust existing industry program that supports existing companies and responds to their needs. Additionally, the Partnership developed and deployed the Vicksburg Entrepreneurship Bootcamp, which supports the creation of small businesses through entrepreneurship education in the region.

Regarding the central piece of the economic development plan, the Mississippi Center for Innovation & Technology, the EDF took the lead and brought together a team that succeeded in securing $8.9 million from the State of Mississippi, which along with New Market Tax Credits and Historic Tax Credits, made possible the rehabilitation of the former Mississippi Hardware Building, currently scheduled to open by the end of 2021. The MCITy project will be the home of ERDCWERX, an agency that works with ERDC to accomplish the transfer of technology and expertise between the private sector and the federal laboratory (ERDC), among other things. Other tenants expected to move into the building include Hinds Community College, the Partnership and other technological and educational partners including universities and private sector companies. The MCITy project is at the center of a long-term strategy to create an innovation-based economy in the region, a vision that has touched all aspects of our community, including the education sector with the development of a new Coding Academy by Hinds Community College and the development of the Academy of Innovation recently inaugurated by the Vicksburg Warren School District.

The EDF will work to maintain a unified front with the City and County to create economic growth in the short- and long-term future. Several immediate investments have been made to the CERES Industrial Park, which prompted the designation of three sites by Entergy Mississippi as “Project Ready,” a designation to highly increase the chances of success when recruiting new companies. The investments include upgrades to the sewage and water systems, the completion of engineering studies to eliminate development risk, and the construction of a new industrial road to access the largest parcel available at CERES. All these projects were accomplished by using grants which helped the Port Commission save over 70 percent of the cost of deploying such investments. These investments seek to support job creation in the near term, through the additional attraction of industrial tenants to CERES and other sites in and near Vicksburg. Other projects which will help in defining the success of our future economy are also in the works, though they require longer timetables and larger investments. These projects include the development of a new port (projected to cost in excess of $100 million), the expansion of the existing port, the extension of rail infrastructure to additional industrial parcels, and the deployment of housing initiatives to spur residential growth and quality of life improvements. These projects include the opening of the old Mississippi River Bridge to pedestrians, the opening of new bike and running trails and the development of waterfront housing and leisure opportunities.

The work being done by the partnership and its members, the Port, the Chamber and the EDF, is immensely consequential for our future. It requires multi-year commitments by industry and governmental and community leaders to a vision that has been cast and is being implemented. It is a very hopeful sign for Vicksburg and Warren County that such commitments and willingness to work together are present in our community and already producing impressive and positive results for all.