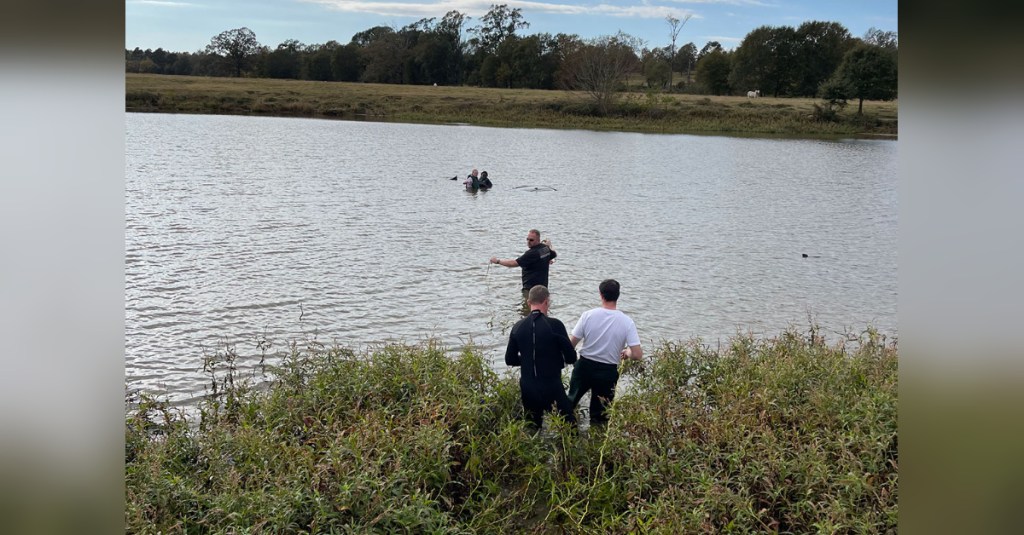 Warren County Sheriff Martin Pace swam to the middle of a pond this week to assist a trapped motorist who had sunk her car following an apparent medical episode. Pace and other responders were able to float the victim to safety. (Photo submitted)

Earlier this week, Warren County Sheriff Martin Pace found himself in a chilly situation when a call came over the radio: A witness reported seeing a vehicle leave U.S. 61 South near the Big Black River and land in a pond.

The driver, who stated she was alone in the vehicle, was standing on the vehicle with her head and shoulders out of the freezing cold water, according to Chief Deputy Billy Heggins, who was in the car with Pace when they heard the call.

“The sheriff got a life vest, swam out to her, and stayed with her in the water until the city and county fire departments got a rope, tethered it to her and floated her on her back with the vest and were able to float her out,” Heggins said.

The victim was taken to the hospital, checked for hypothermia, treated and released. According to the sheriff’s office, it is believed she had a medical episode that led her to lose control of the vehicle.

In addition to Pace and Heggins, two other officers responded to the scene, as well as EMT John Terry from the Vicksburg Fire Department and Jerry Briggs, Warren County Fire Coordinator.