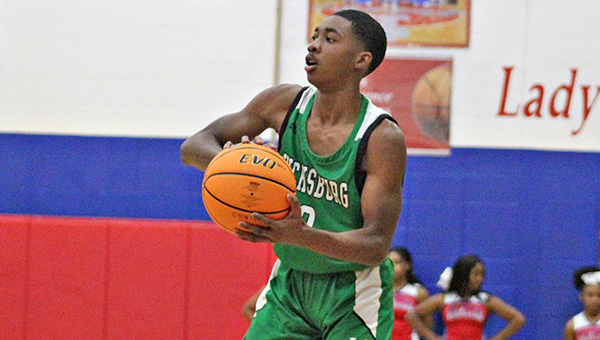 Before they take a break to feast on turkey and pecan pie, Warren County’s boys’ basketball teams will burn some calories in the gym.

St. Aloysius, Warren Central and Vicksburg High are among 14 teams that will participate in the 2021 River City Challenge Monday at Vicksburg High. The action begins at 11 a.m. and continues through the evening, with seven games in all. Admission is $10 and is good for the entire day.

“It’s going to be a real good challenge. It’s going to be a good basketball showcase for the city of Vicksburg and our kids,” said Warren Central coach Keith Williams, whose team plays Lanier in the sixth game of the day. “It’s just a good day of basketball on the first day of Thanksgiving break.”

The River City Challenge was started in 2017 by former Warren Central boys’ basketball coach Bruce Robinson. He saw it as an opportunity to bring in some of the state’s top teams in a showcase environment.

The event went on hiatus in 2020 because of the COVID-19 pandemic, and its return this season will feature a couple of big changes. Williams has replaced Robinson, who retired in June, as Warren Central’s coach and the tournament organizer. And the venue has shifted from Warren Central to Vicksburg High.

Warren Central’s gym is undergoing renovations and its teams are playing home games at Warren Central Junior High. Vicksburg’s high school gym is has recently had its renovations completed. While some finishing touches are still being added, it is able to host games and Gators coach Kelvin Carter said it will be good to play in a friendly environment.

Vicksburg has only played one home game so far, on Nov. 11 against Madison Central. Monday’s contest against South Delta starts a stretch in which five of the next seven are at home.

“It’s good to be home. It really is,” Carter said. “We played at home (against Madison Central) and it was a wonderful game. We hadn’t played there since 2019. If they had dirt out there I’d be glad to be out there.”

The River City Challenge will tip off at 11 a.m. Monday, when St. Aloysius plays Port Gibson. Games will start on a roughly 90-minute schedule after that, with the finale of Vicksburg vs. South Delta set for a 6:30 tip.

The games in between include Provine vs. Brandon at 12:15 p.m.; Forest Hill vs. Madison Central at 1:30; Jim Hill vs. Germantown at 2:45; Clinton vs. Holmes County Central at 4 p.m. in a matchup of the defending MHSAA Class 6A and 5A champions; and Warren Central vs. Lanier at 5:15.