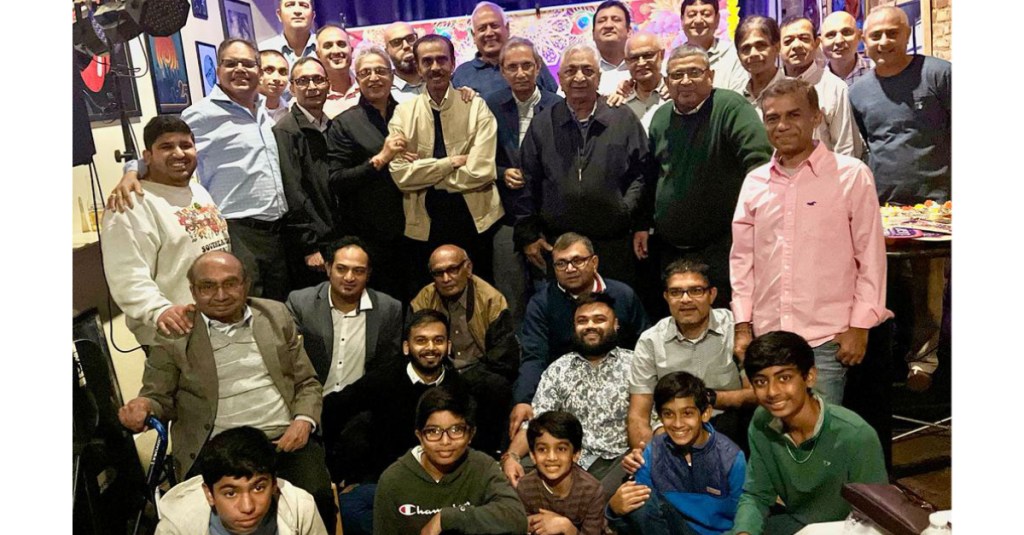 A group of Indian business owners in Vickburg gather for a photograph during a party celebrating Diwali at The Biscuit Company. Part of the holiday is devoted to Lakshmi, the goddess of wealth and prosperity. Photo by Michel Thakur

Members of Warren County’s Indian community gathered at The Biscuit Company on Nov. 4 and joined Hindus across the world to celebrate one of the most important Indian holidays — Diwali.

Diwali is observed on the 15th day of the Kartik month as per the Hindu Lunar calendar — the corresponding dates in the Gregorian calendar usually fall in late October and November.

This year, the festival fell on Thursday, Nov. 4.

According to the Encyclopedia Britannica, the holiday’s name is derived from the Sanskrit term Deepavali, meaning “row of lights.”

“Diwali is a festival which celebrates the victory of good over evil,” said Michel Thakur, owner of Pizza Inn on East Clay Street. “There is a story called the Domina, and that is a story about one of the gods; he had to fight an evil god and then the evil one is defeated and he returns as a king. That day is when we actually have Diwali.”

According to the story, the god Rama, his wife Mata Sita and brother Lakshmana spent 14 days in the forest. A bad god, Ravana, took Rama’s wife to Lanka resulting in a battle with Rama. When he was victorious, Rama, his wife and brother returned to his kingdom, Ayodhya, where they were welcomed back by the people who celebrated their return with great enthusiasm by lighting rows of lamps and diyas, or oil lamps.

Diwali is the final day of a 10-day celebration, Thakur said, and “The people have good clothes and there are brightly colored shops.

“It is almost like Christmas for us; on that day, you give out gifts to your family and friends and business associates and others. Businesses use it as a day for obliging their customers. You will see people carrying gifts and sweets around on that day.”

The tradition of the lamps continues, Thakur said, and while the oil lights are still used, electric lights are a more popular way of lighting homes and businesses for the holiday.

And while the triumph of good over evil is still observed, in modern times, Diwali has also become a celebration for a day of wealth and prosperity, “so we also pray to the goddess of wealth, Lakshmi.”

“Throughout the country we have celebrations; the lighting of small oil lamps and now that is replaced by electric lights in the front yards and balconies, which is actually to welcome the goddess Lakshmi into your house or business.”

The celebration of Lakshmi and Diwali are traditionally observed with fireworks and sparklers — similar to the celebrations here of New Year’s and the Fourth of July, Thakur said.

And while there are other festivals observed in India, he said, “This is a national day.”

One such festival is Dussehra, which is 19 days before Diwali, a series of nine days celebrated in several states in India.

For the Hindus of Warren County, the gathering at The Biscuit Company was a huge celebration of Diwali.

“All the Indian families in Vicksburg were there,” Thakur said. “We had a couple of other parties (as well), where we had sparklers and bursting of crackers.”