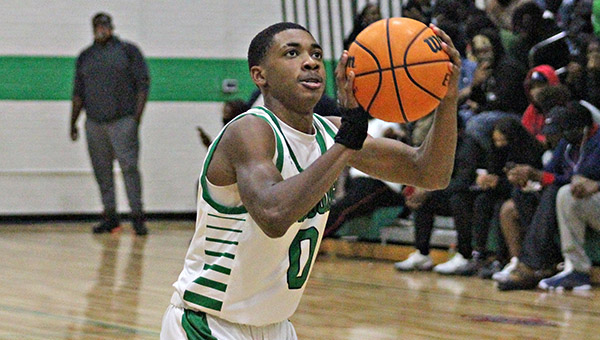 Vicksburg's Davian Williams shoots a free throw for one of his nine points in an 81-29 rout of South Delta Monday at the River City Challenge. (Ernest Bowker/The Vicksburg Post) 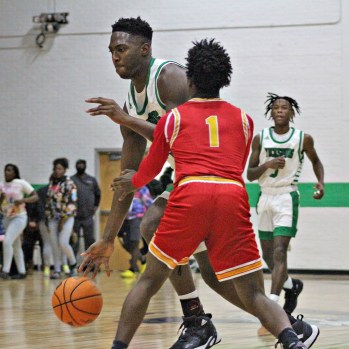 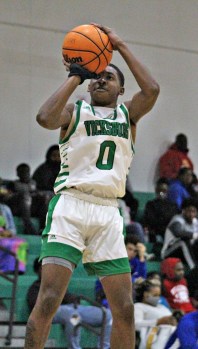 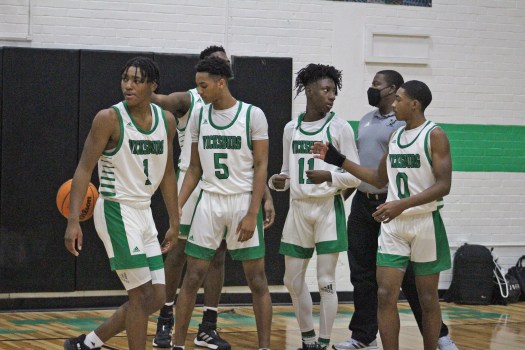 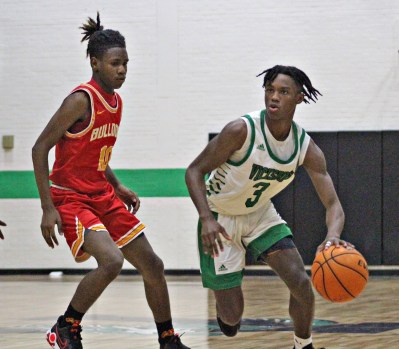 By the time the Vicksburg Gators took the floor Monday night, nearly eight hours after the River City Challenge tournament had begun on their home floor, they made sure that any fans who left early didn’t miss anything.

The Gators scored the first 11 points of the game, expanded their lead to 31 by halftime, and crushed South Delta 81-29 in the final game of the daylong boys’ basketball event.

The Gators made three 3-pointers in the first quarter while taking a 20-7 lead, and eight in the game. The fourth quarter was played with a running clock.

Vicksburg coach Kelvin Carter used the opportunity to give his backups some extended playing time, as well as work in some players who just joined the team this week following the end of football season.

Vicksburg will have the rest of this week off, and then plays three times next week. It has home games against Northwest Rankin and Warren Central on Nov. 30 and Dec. 4, and a road trip to Natchez on Dec. 3.

“I had a couple of football players that needed to get out there and shake that gridiron off and play a little bit,” Kelvin Carter said. “We’ve got a tough one next week against Northwest (Rankin), so we have to get in here tomorrow and burn some midnight oil. We have to do a lot of practicing, because we have a lot of fundamentals to teach.”

The Gators’ win over South Delta was the last of seven boys’ basketball games at the River City Challenge. In the other games, Port Gibson beat St. Aloysius 93-50; Brandon beat Provine 79-61; Forest Hill knocked off Madison Central 91-63; Jim Hill defeated Germantown 51-39; Clinton beat Holmes County Central 63-60 in a matchup the defending MHSAA Class 6A and 5A champions; and defending Class 4A champion Lanier used a late run to get past Warren Central 78-61.