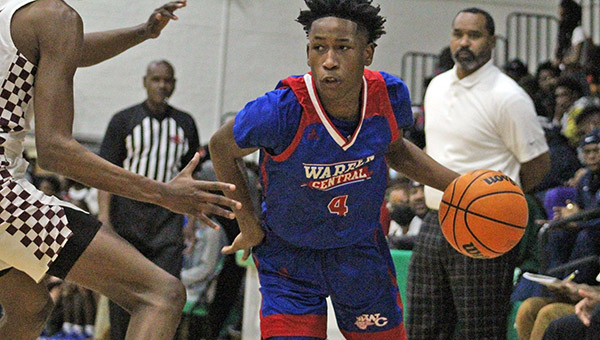 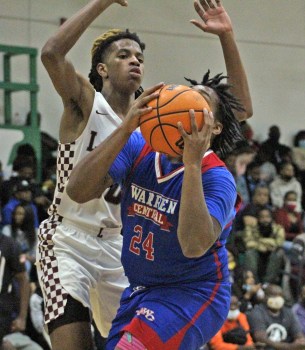 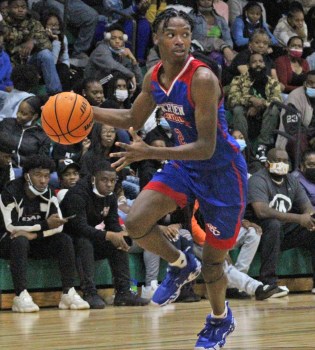 Warren Central answered enough of Lanier’s runs to stick with the defending MHSAA Class 4A champs for 32 minutes. It just never put together the one that would have gotten them over the hump.

A clutch 3-pointer by Willie Jones with 2:20 remaining sparked a 12-4 run that carried Lanier to a 78-66 victory over Warren Central in the River City Challenge on Monday at Vicksburg High School.

Jones hit three of his five 3-pointers in the fourth quarter for Lanier (5-0) and finished with 15 points, and Mark Drone scored a game-high 41 points.

“They’re the defending 4A champion. They know what it’s like when it gets tight. They make an adjustment and they made the plays whenever they needed it,” Warren Central coach Keith Williams said. “But I like where we’re at. We score 66 points, we’re supposed to win.”

Darrton Allen led Warren Central (2-6) with 26 points, including 12 in the fourth quarter. The Vikings, though, only led in the early stages of the first quarter and briefly in the third. Lanier would pull ahead, the Vikings would reel them in, and then Lanier would surge ahead again as the process repeated itself throughout the game.

Warren Central took a 44-42 lead on a putback basket by Jonathon Henderson with 1:23 left in the third quarter, and the Vikings only trailed by two entering the fourth. Lanier then started the final period with a 7-0 run and Warren Central spent the rest of the game chasing them.

The closest the Vikings got down the stretch was five points, on several different occasions. The last was with 2 1/2 minutes left, and then Jones drilled his big 3-pointer to make it 69-61. Jones hit another 3-pointer with 55 seconds left to make it 76-63 and effectively ice the game.

“That killed us,” Williams said of Jones’ 3-pointers.

The Vikings also did themselves in with a number of missed shots and free throws throughout the game, Williams said.

Gaylon Turner hit three 3-pointers and finished with 15 points, Deonta Segrest scored 13 and Taylor Mitchell scored eight. They and their teammates were just 5-for-15 from the free throw line, however.

“Missing layups and free throws. It’s been our Achilles heel the whole year so far,” Williams said. “We played hard. It’s the small things. We’re farther along than I thought we’d be. If we make our layups and shots, we’d probably be 6-2. I’m just trying to get them to understand that it’s the small things.”

Warren Central won its third game in a row, and will now take an extended break for the Thanksgiving holiday. Its next game is not until Dec. 4, when it plays at Vicksburg High at noon.