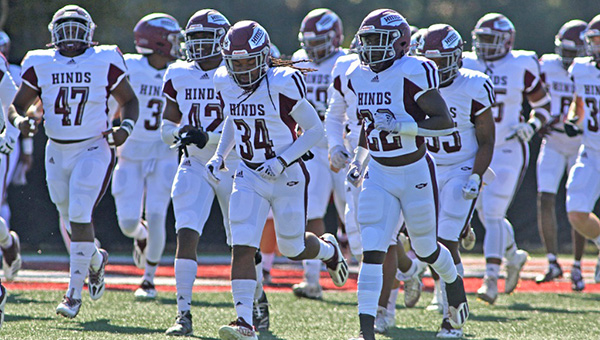 Hinds announced Tuesday that it has accepted a bid to play in the Salt City Bowl against Kansas’ Hutchinson Community College on Dec. 4.

The game will be played at Hutchinson’s campus in central Kansas, and will kick off at 1 p.m.
This is the second bowl game for Hinds in three seasons. In 2019, the Eagles played in the Graphic Edge Bowl in Cedar Falls, Iowa.

“This is an exciting opportunity to return to Kansas with Hinds and compete against one of the best teams in the country,” Hinds Director of Athletics Nathan Werremeyer said in a statement. “The players and coaches have worked hard for over five months now and their hard work has paid off.”

Hinds (8-3) reached the Mississippi Association of Community Colleges Conference championship game for the first time since 2004. The Eagles are No. 8 in the NJCAA’s national rankings.

Hinds is making its 10th appearance in a bowl game. Its last bowl victory was in 2000.

No. 5 Hutchinson (8-2) won the Kansas Jayhawk Conference title. The Blue Dragons also won the 2020-21 national championship during the NJCAA’s spring season that concluded in June.

“This is going to be a fun and memorable trip for everyone and I can’t wait to see the support from everyone during these next 12 days leading up to the game,” Werremeyer said. “If you haven’t followed Hinds Athletics yet, now is the time to join in and support these student-athletes and coaches.”

Hinds is not the only Mississippi junior college team heading to a bowl game. Northwest Mississippi, which beat the Eagles for the MACCC championship, was one of four teams selected to play in the NJCAA Division I playoffs.

Both semifinal matches will be broadcast live on the NJCAA Network.

The winners of the semifinal games will advance to the 2021 NJCAA Division I Football Championship, set for Dec. 17 at 7 p.m. in Little Rock, Arkansas. The championship game will be televised nationally by CBS Sports Network.