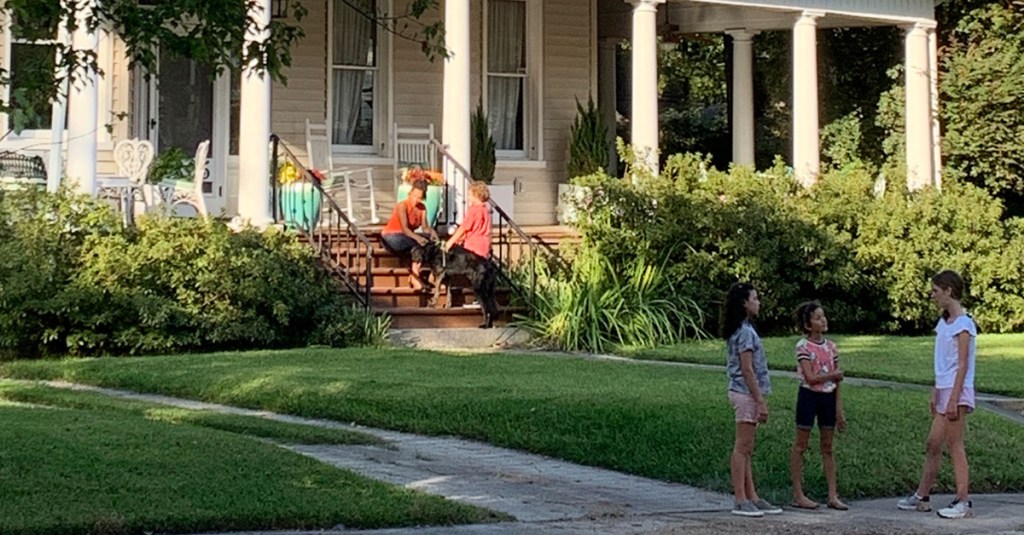 Locals and visitors alike marvel at the beautiful sunsets over the Mississippi River.

While the view is spectacular, it is only one of the many reasons to live in Vicksburg.

The River City has a rich history — not only that which is displayed in the Vicksburg National Military Park, but with its music, art and food representative of a town founded as a melting pot of cultures and ethnic groups.

Vicksburg is a growing and thriving town where energy and inspiration abound with the people who make up the community.

Whether young, old or in between, Vicksburg is a place where folks are welcome.

Initially, she said, her move had been dependent on finding an older home to renovate. But it was the people who embraced her when she came to look at the property that convinced her to stay, starting with the realtor.

Swain, who was living in Florida, said she was impressed with the “young man” who spent an hour on the phone with her telling her about “every inch” of the house.

“He took his time when I was just an online buyer that may never buy it or even come look at the house with no return for him,” she said. “That was the first indicator that I am dealing with a different breed here (in Vicksburg),” she said.

When Swain made her way to Vicksburg to put an offer on the house, the hospitality continued, she said.

She was even invited to an Antique Club meeting while in town.

Swain said when the move was made, she knew she had made a good decision.

“When I got here the reception was so warm, I can’t say enough. There were balloons and hostess gifts,” she said. “That’s a lost art — neighborly behavior.”

Swain went on to say in addition to her welcome, she has also found Vicksburg is a town full of things to do.

Activities for every budget and lifestyle

Ryan and Anna Denney, a young couple who moved to Vicksburg a little more than a year ago, would agree.

“If I wanted to do something literally any day of the week, I could,” Ryan said.

The Denneys graduated from Mississippi State University and are natives of Caledonia, Miss. They moved to Vicksburg after Ryan accepted a job with ERDC. Anna is also working as an accountant at ERDC.

“We really like Cottonwood and Relish,” Ryan said, referring to a pair of downtown restaurants. “The Biscuit Company on Friday nights is also really fun. They have Karaoke and a pool table.”

The couple said they also participate in trivia nights offered at several of the local restaurants.

“We like to play tennis on Tuesday nights,” Anna said.

“Yeah, and the tennis courts are amazing. They are nice and new and pretty,” Ryan said.

Anna said her favorite thing about Vicksburg is the house they bought in a neighborhood off Mission 66.

“We have met some of our now-close friends that live up the road from us and we love seeing them,” she said.

The couple also hangs out with a friend of theirs from college, who is from Vicksburg and moved back to work at ERDC.

“Even though we don’t have family here, we have good friends,” Anna said of their new hometown.

Ryan is also involved in what he called the “aviation community.”

“There are really down-to-earth grassroots people,” he said. “And the Vicksburg Airport is nice. I have been flying out of that airport, and the Vicksburg Tallulah Airport has the Southern (Heritage) Air Foundation. All of that is really cool.”

Then, of course, there is the Vicksburg National Military Park.

“The summers I lived here (Ryan did two summer internships with ERDC) I went to the military park to run every morning and it was absolutely beautiful,” he said.

And with a town steeped in history, Ryan said they have enjoyed looking at all the old buildings, visiting the Civil War ironclad ship the Cairo, and taking a tour of The McRaven House.

“There are some really pretty places and a lot of historical stuff here,” Ryan said.

Before making their final decision to move to Vicksburg, the Denneys contemplated moving to Virginia, with the River City as their backup plan.

Ryan was still a Marine officer candidate and had to choose between continuing his time in the military or accepting the position at ERDC.

“It was a really big decision,” Ryan said, but ultimately the couple decided on Vicksburg.

“The backup plan has turned out really well,” Ryan said. “We really like it here a lot.”

“I came here from New Orleans. It’s quiet and the little bit slower pace is what I was looking for,” Nicole Harris said. Harris works for the Army Corps of Engineers and decided to make Vicksburg her home three years ago.

“Everybody told me I was crazy to move here and I think they were wrong. I have enjoyed my time here. It’s quiet and I love where I live and I have had good experiences with people here. Everyone has just been friendly,” she said.

As an avid runner, Harris said she is also enjoying living in Vicksburg because of the military park.

“The military park was a selling point for me. I came here to Vicksburg in 2012 for a couple of days and I said, ‘Oh my God.’ The park is just an amazing feature and it has been a highlight for me because I exercise and train for races a lot and the park has been a big help for me,” Harris said. “It’s been somewhere to bike and run safely.”

Harris, who is renovating a home on Chambers Street also has an Airbnb on her property, which gives her the opportunity to share some of her favorite places to go in Vicksburg with visitors.

“I always tell my guests to go to 10South for sunsets because that’s where I like to go for sunsets,” Harris said. “And when I have my own personal guests in town I always take them down to the riverfront to show them the murals and the (flood level) watermarks. That always fascinates them.”

Although Harris has not lived in Vicksburg long, she said she has a motto she uses wherever she lives. “How much you enjoy (your town) is all in what you make of it.”

Dr. Steven and Kendra Reed moved to Vicksburg after they fell in love with an antebellum home.

“My husband took a tour of McRaven years ago from Leland French and it stuck with him. He said it was his favorite historic home in Mississippi because it was full of rich history that had been presented in a way that helped him understand how people lived years ago,” Kendra said.

The couple eventually purchased McRaven to “save it,” and opening it back up for tourists was when Kendra said they came to love and appreciate Vicksburg.

“We love the people, the independent restaurants, boutique shopping, running the military park, the history, the museums and everything else about the town,” she said.

Kendra said she is also excited about the new growth in Vicksburg that has been occurring.

“Recently there seems to be a new energy around growth. People are opening up new businesses, cleaning up their neighborhoods, creating programs like Porchfest, Second Saturday, Christmas lights which are pulling people together,” she said. “Major investments are being made in our schools; the Tech Center is creating new opportunities. The Army Corps of Engineers has made supportive gestures to keep workers local and we are an HGTV goldmine with an abundance of significant, historic and beautiful properties for sale.

“We came for Vicksburg’s history, but stayed for its future.”