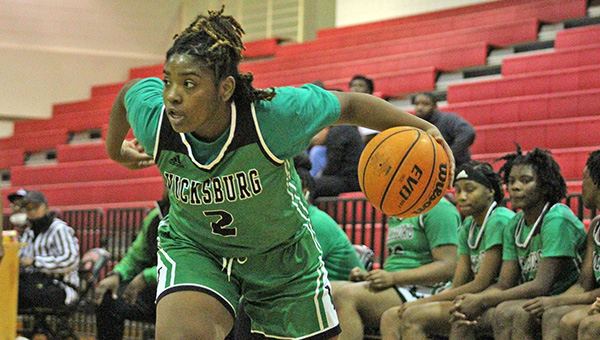 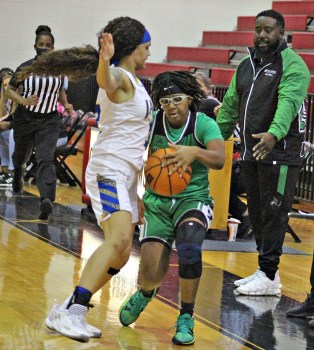 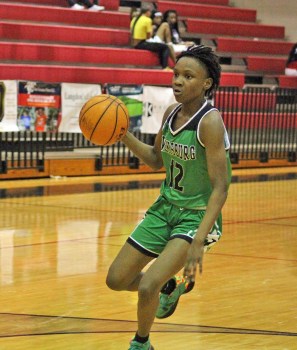 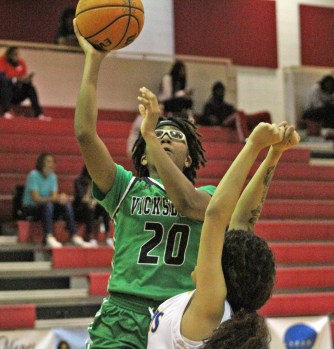 CLINTON — If the Vicksburg Missy Gators were not comfortable with a big lead on Tuesday, they never showed it.

Janiah Caples scored 19 points on 9-of-12 shooting from the field, Layla Carter scored 12, and Vicksburg rolled to a 59-42 victory over St. Martin at the Just Us Invitational at Clinton High School.

The Missy Gators (5-3) built a 12-point lead at halftime, and kept it between 12 and 20 points throughout the second half.

“St. Martin is a quality team. The fact that we jumped on them the way that we did is the only reason they didn’t make a push to win this game,” Vicksburg coach Troy Stewart said. “It’s a game of runs. They’re going to make some runs. But we’re never going to pull off from a quality basketball team.”

Vicksburg led by as many as 20 points twice. The last was at 57-37, on a rebound basket by Kierra James with 3:50 left in the game. St. Martin quickly knocked it down to 15 points with a couple of quick baskets of its own, but never made a serious push.

James finished with eight points and six rebounds for Vicksburg, while Carter had five steals to go with her 12 points. Ja’Na Colenburg also scored nine points.

Colenburg and Carter hit back-to-back 3-pointers late in the third quarter to stop a 7-0 St. Martin run that had cut the margin to 12.

The Missy Gators have won five of their last six games heading into the Thanksgiving break. They’ll take the rest of this week off before playing three games next week against Northwest Rankin, Natchez and Warren Central.

Stewart said he’s happy with where the Missy Gators stand at one of the season’s first checkpoints.

“You’re never happy because you haven’t won them all, but I’m content because everyone we’ve played so far has been a championship-level team,” Stewart said. “Right now, that’s a good effort for where we are right now.”