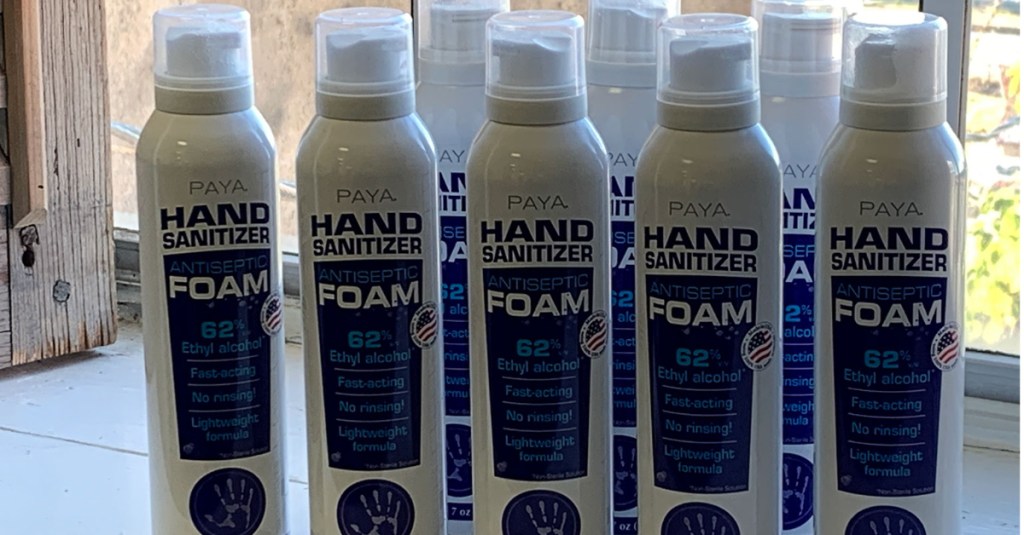 Thousands of bottles of hand sanitizer were distributed by the United Way of West Central Mississippi. (Photo by Terri Cowart Frazier | The Vicksburg Post)

Therefore, in an effort to keep the Vicksburg community as well as other areas in the state germ-free, the United Way of West Central Mississippi has distributed thousands of bottles of hand sanitizer.

“We have had three truckloads of hand sanitizer delivered,” UWWCM director of marketing and resource development Elizabeth Seratt said, which equated to 70 pallets.

Two truckloads of sanitizer were donated by the Atlanta division of KIK Consumer Products, and another truckload was donated by MEMA.

While the hand sanitizer was delivered following the worst of the pandemic, Serrat said, it was available just as the Delta variant was surging.

“And people have been so thankful,” she said.

According to the Centers for Disease Control and Prevention, hand sanitizer containing at least 60 percent of alcohol can help the spread of germs when soap and water are not available.

Serrat said the United Way distributed hand sanitizer to all the school districts in their service area, including Warren, Claiborne, Sharkey, Yazoo and Issaquena counties.

“They then distributed it to all the individual schools in their district,” she said.

“Truckloads were also distributed to other United Way Agencies in Mississippi, and we sent some hand sanitizer down to areas that were affected by Hurricane Ida,” she said.

As a new employee, Serrat said, she was impressed with the response and distribution of the hand sanitizer by the United Way of West Central Mississippi.

“It was very fast-paced. It was very community-focused and very interpersonal. We were taking phone calls and meeting and connecting with people,” she said, adding that had it not been for the hand sanitizer distribution, she may never have had the opportunity to meet some of the people involved.

“Certainly not within my first week of work,” Serrat said.