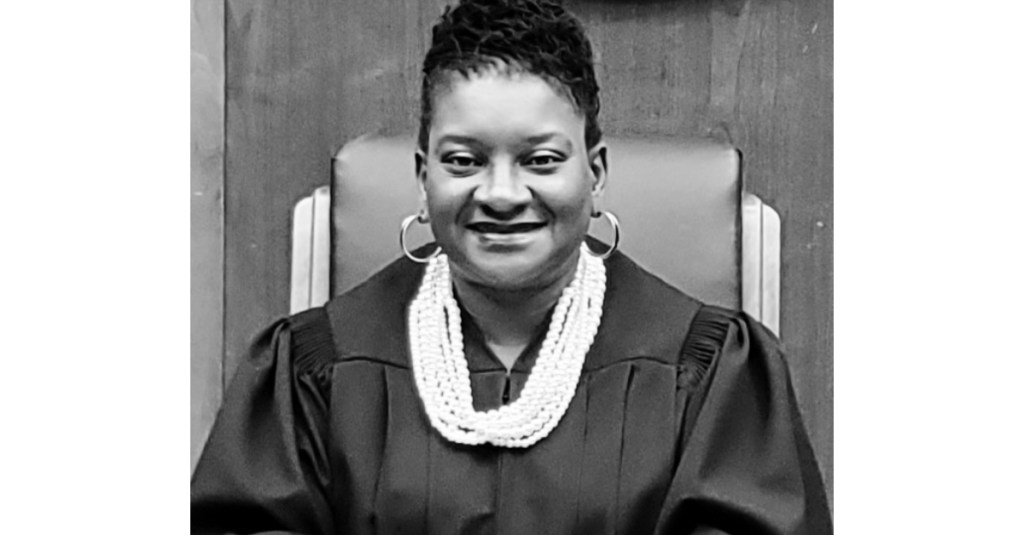 Ninth Judicial Circuit Judge Toni Walker Terrett of Vicksburg is among five judges selected to serve on the Committee of Continuing Judicial Education, according to information from the Mississippi Supreme Court.

Terrett has served as a judge of the 9th Circuit Court since January 2019. The district includes Warren, Sharkey and Issaquena counties. She served as Vicksburg Municipal Judge for six years, and as Vicksburg judge pro tem and Community Court judge for four years.

She was coordinator of the Vicksburg Domestic Violence Victims Empowerment Program, served as a drug court public defender and worked for Legal Services. Terrett was a faculty member at Alcorn State University in the Department of Mass Communications. She began her career in journalism as news director and senior producer at the Alcorn State University radio station, WPRL-FM.

She earned a Bachelor of Science degree in chemistry from Tougaloo College, a Master of Arts degree in journalism from the University of Memphis, and a law degree from Mississippi College School of Law.

Besides Terrett, Chancellor Jennifer Schloegel of Gulfport and County Court Judge Lisa J. Howell of Meridian were also selected by their fellow judges to serve on the Committee on Continuing Judicial Education.

Chief Justice Mike Randolph reappointed Supreme Court Justice James D. Maxwell II of Oxford and Court of Appeals Judge Deborah A. McDonald of Fayette to the Committee. Maxwell has served on the Committee since March 2, 2017. McDonald has been a member since Feb. 28, 2019.