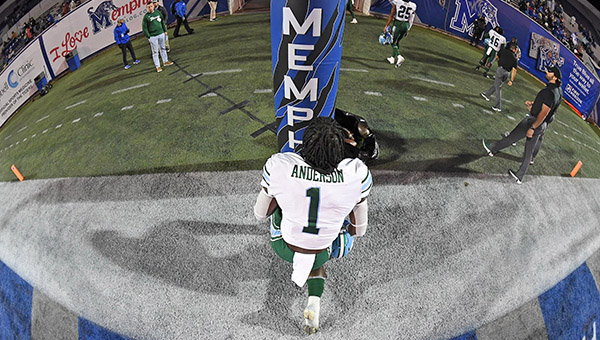 • Alabama State defensive back Jeffrey Scott (Vicksburg High) had one tackle and one pass breakup in a 43-9 win over Tuskegee.

• Kansas State defensive back Marvin Martin (Vicksburg) had one solo tackle in a 22-17 loss to Texas.

• Tulane linebacker Nick Anderson (Vicksburg) had a team-high six tackles, including two tackles for loss, in a 33-28 loss vs. Memphis.

• Southern University kicker Josh Griffin (Warren Central) kicked off six times and had one touchback in a 29-26 loss to Grambling.