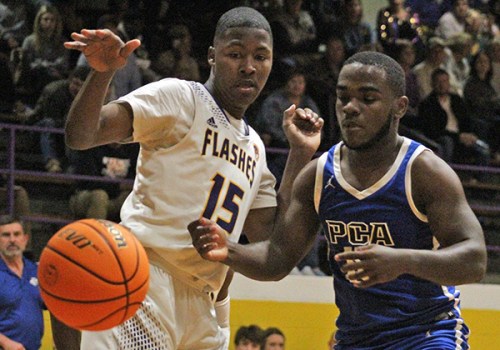 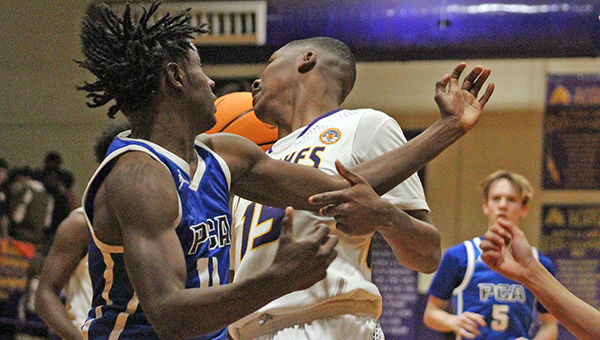 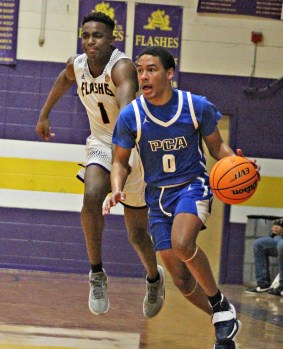 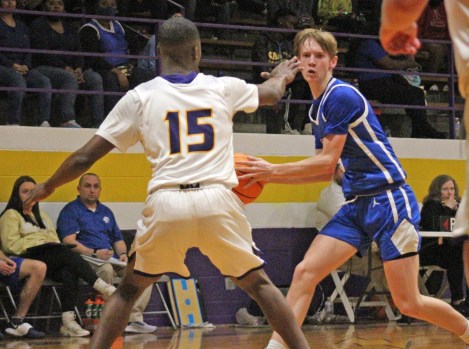 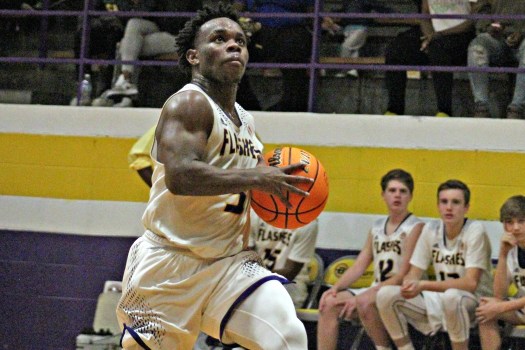 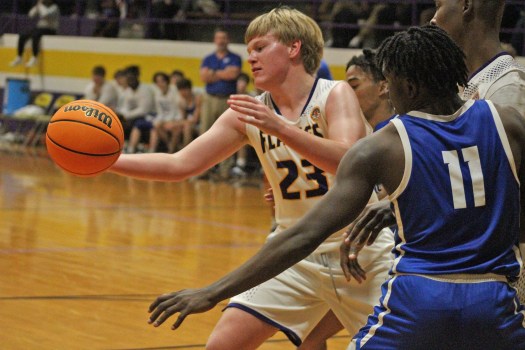 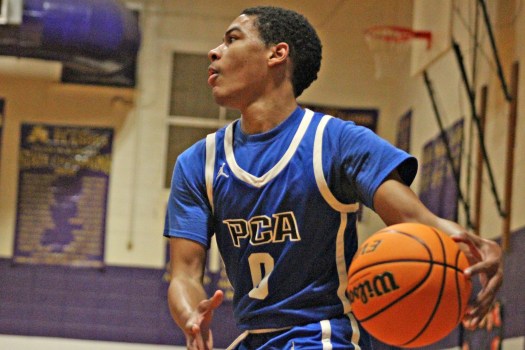 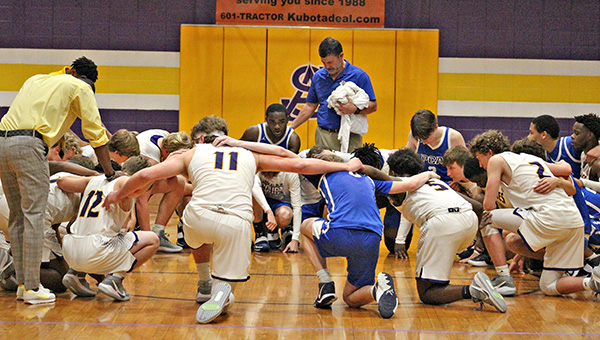 The St. Aloysius Flashes spent the first quarter building a lead, and the next three maintaining it.

Lazaveon Sylvester scored 10 of his game-high 25 points in the first quarter, when the Flashes built a modest lead they never relinquished, and St. Al beat PCA 67-53 in a boys’ basketball game on Monday.

“Basketball is a game of runs. We try to withstand that run and then go on one of our own. I think that’s what we did. We didn’t get flustered at any time. When they did cut it to six, we just kept playing,” St. Al coach Anthony Lumpkin said.

St. Al jumped out to a 13-4 lead at the end of the first quarter and spent the rest of the game holding Porter’s Chapel at bay. PCA made several runs to get as close as six points, but every time it did its shooting soon turned cold or St. Al answered with a couple of baskets of its own to push the margin back to 11 or 12.

“We got them in foul trouble early. Every timeout I took was to get the ball into the goal and get them in even worse foul trouble. I never could do it. We settled for too many outside shots and didn’t play real good defense,” PCA coach Walter Hallberg said. “Every time we got it close, we were driving the ball to the basket and getting fouled and getting easy layups. Then we’d have the ball down six or eight and settle for a long jumper or a 3-pointer.”

PCA’s last run came in the fourth quarter, but again the Flashes put the hammer down. After the Eagles cut it to 61-52 with less than two minutes remaining, Carter Magee drained a 3-pointer — his only basket of the game — with 1:33 to go to push it back to double digits.

“That was big,” Lumpkin said of Magee’s 3-pointer. “Not only was it big for the game, it was big for him. His confidence has been low because he hadn’t been making shots, so that was super big.”

PCA only scored one more point the rest of the game, and had one field goal in the final three minutes. Gray hit a free throw and a layup down the stretch for the last of his 10 fourth-quarter points as the Flashes closed out a victory in the first of two meetings between the crosstown rivals in the span of eight days.

PCA and St. Al will play again on Dec. 7 at Porter’s Chapel. A rowdy crowd and competitive boys and girls games on Monday gave the matchup the feel of a growing rivalry, but both coaches said there were bigger things on the horizon.

St. Al has three consecutive district games after its second meeting with PCA, and three more before then. It hosts Tallulah Academy Thursday night and travels to Ridgeland to play Clinton Christian on Friday, before facing Greenville-St. Joseph at home on Monday night.

PCA plays three district games in the next six days, beginning with a home game vs. Deer Creek on Tuesday. PCA also plays at Manchester on Friday and hosts defending Class 2A champion Greenville Christian next Monday. St. Al visits the following night. In all, the Eagles will play six games in nine days, with four of them district games.

“Like I told them, flush this real quick because the important games start tomorrow,” Hallberg said. “You always want to beat your crosstown rival, but the district games are way more important.”