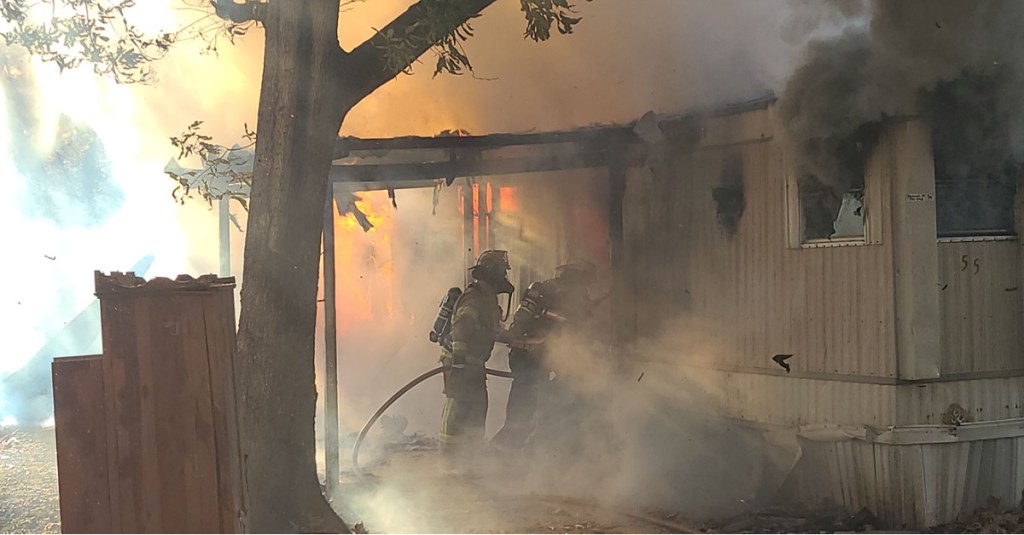 Culkin firefighters responded to the 3:30 p.m. blaze at 55 Red Hawk Road to find flames coming out of the structure. The occupant of the mobile home was able to escape the fire and no one was injured.

The cause of the fire is under investigation, Briggs said.