Scribner’s save lifts Vikings to shootout win over Pearl 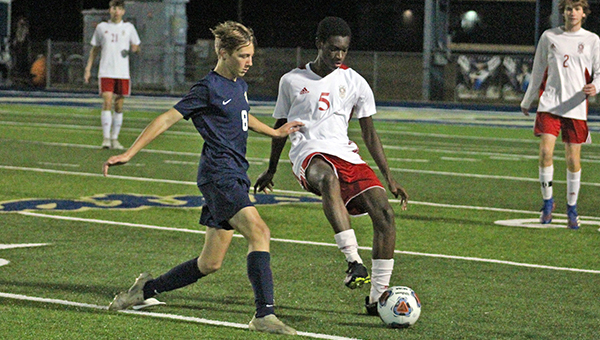 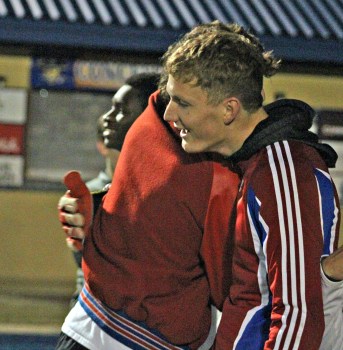 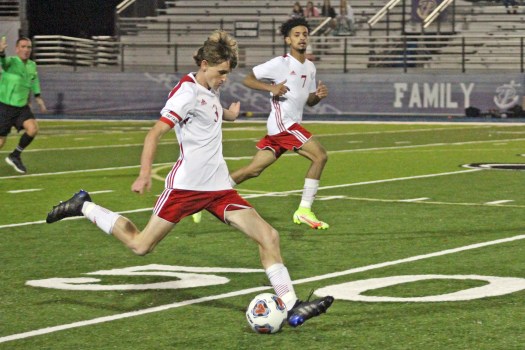 PEARL — When it got down to crunch time, Scrib was no scrub.

Connor Scribner, Warren Central’s junior goal keeper, stopped a shot from Pearl’s Javion Roberts in the sixth round of an overtime penalty kick shootout Tuesday to give the Vikings a 2-1 win in their Region 5-6A opener.

“It feels good. I was anxious there at first. I didn’t like the first five, but I got the last one,” said Scribner, who had six saves in regulation and overtime.

Warren Central (6-1, 1-0 Region 5-6A) won the first of three region games scheduled for the next two weeks. It’ll play at Terry on Dec. 7 and home against Northwest Rankin on Dec. 14, and then make a second trip through the region after New Year’s.

“It’s a big game. We need to win at least four (district) games to qualify for the playoffs,” said Warren Central junior midfielder Munir Shauibi, who scored what turned out to be the game-winning goal in the shootout.

Warren Central hasn’t lost to Pearl in six meetings since 2014, but the previous three resulted in a 1-0 decision and two ties. Tuesday’s game followed the recent pattern of close games.

Neither team scored until Brandon Gilliam was fouled inside the box and converted a penalty kick to give Warren Central a 1-0 lead a minute into the second half. It didn’t last long, though, as Yossel Sanchez headed in a long free kick for the equalizer in the 47th minute.

That was the last time either team found the net until the shootout. Several yellow cards were issued to both sides for hard fouls as the game went on and the pressure increased.

“That was one of the roughest games I’ve played. That’s the pressure of playing a district game. That’s part of the game,” Shuaibi said.

Regulation finished with the score tied at 1, and two 10-minute overtime periods failed to resolve things as well. That took the game to penalty kicks, with five players from each side alternating shots against the opposing keeper.

Neither Scribner nor his Pearl counterpart Brayden McCool were able to stop the first five players from scoring. McCool got a piece of two penalty kicks, but both still had enough on them to make it into the net.

After Fischer Reed made his shot for Pearl to even things at 5-5, Shuaibi stepped to the line and scored for Warren Central.

“There was a lot of pressure. I was just aiming for that far post and I just shot it. I was just thinking at this point, even if I miss, it’s on goal,” Shuaibi said. “Luckily the keeper missed it and I scored. I was nervous. But at least we won.”

That brought Roberts up for Pearl, needing to convert to keep his team alive.

Roberts shot to the right, and Scribner dove that way. The shot deflected off of his midsection and away from the goal to give the Vikings the win — officially 2-1, under MHSAA rules.

“I was trying to stay loose. I was mainly diving toward the right because it’s really hard to predict where you’ve got to go,” Scribner said. “I was diving to the right because I noticed that was more of what they were doing at the beginning. So I just kept diving to that side and eventually I got lucky.”