Jack R. Branning of Vicksburg died Tuesday, Nov. 30, 2021, at University of Mississippi  Medical Center in Jackson, where he was taken after a sudden illness. He celebrated  his 90th birthday on the 28th.

He was born in 1931, the son of Homer T. and Ima Branning, and grew up near French  Camp, Miss., where he graduated from French Camp Academy before moving to  Vicksburg.

For many years, he owned and managed Southern Printing and Southern Office Supply  Co. in Vicksburg, while also engaging in many other enterprises and partnerships. In more recent years, when he referred to himself as a “retired pencil salesman,” he owned a home at Eagle Lake and 3,500 acres in Sharkey County which was developed for wildlife-oriented crop farming, reversion to wetland, natural bottomland hardwood forest and prime deer, dove and waterfowl hunting. His efforts were recognized by the Environmental Law Institute with the national Landowner Stewardship Award in 2004. The Institute reported, “Mr. Branning’s committed wetland management has fostered habitat for at least 43 different species of waterfowl, shorebirds, and wading birds, including threatened wood storks and bald eagles. His actions also significantly increased the effective habitat of the (adjacent) Delta National Forest.” In 2006, he was named Soil, Air and Water Conservationist of the Year by the Mississippi Wildlife Federation. In 1972, Branning was named Vicksburg Jaycee’s Man of the Year. In 1999, he was named French Camp Academy’s Alumnus of the Year. Among many community roles, Branning served as president of the Vicksburg Warren County Chamber of Commerce and chairman of the Warren County Economic  Development Foundation and United Way campaign. He was a board member at the  Junius Ward Johnson Memorial YMCA and of First National Bank of Vicksburg, later  Trustmark.

Former YMCA executive director Herb Wilkinson described Branning as a longtime  friend and confidante who was “positive” and “a born salesman.” Board meetings started at 7:30 a.m. “Jack was always upbeat, and when he came into any room it was  with a smile on his face. He was supportive of anything and everything that was good  for the community.”

Branning was a charter member of Choctaw Fishing Club, and succeeded the founder, Dr. George Martin, as president of the 15-member group that met for dinner every Thursday for at least 50 years. A longtime fellow Choctaw member, Dr. Jody  Wilson, said Branning “had a long life, a great life – but it will always be sad not to  take off, go up to his lodge and sit and listen to stories.”

Branning was predeceased by three brothers, one sister, and a grandson, Richard  Grey Liston.

Visitation will be Saturday, Dec. 4, starting at 9:30 a.m., followed by a service at 11  a.m., both at First Baptist Church in Vicksburg. This will immediately be followed by interment at Greenlawn Garden Cemetery in Vicksburg. Pallbearers will be Christian  Branning, Glenn Davidson, Derek Walker, Allen Karel, Patrick Karel and Seth Liston. 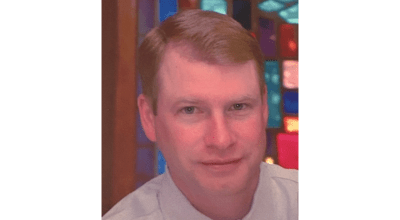