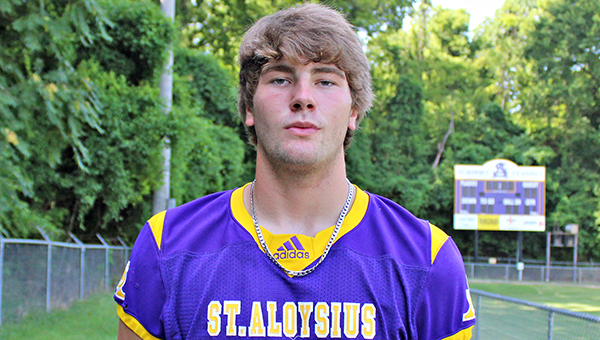 St. Aloysius’ goal this week was to get back to .500. The number referred to the team’s record, although the Flashes were ready to go for it in a couple of other statistical categories on Thursday.

Matthew Pitre grabbed 22 rebounds, to go along with 14 points and six blocks, and the Flashes sank nine 3-pointers in a 72-44 boys’ basketball win over Tallulah Academy.

St. Al (4-4) won its second game in a row to get its record back to even. It will host Greenville-St. Joseph on Monday night, and then finish 2021 with three consecutive road games at Porter’s Chapel Academy (Dec. 7), Madison-St. Joseph (Dec. 10) and Cathedral (Dec. 17).

Maddy McSherry and Emily Cook led St. Al (2-4) with 10 points apiece, and Falyn Lusby scored six. All of Cook’s points came in the second half. The Lady Flashes, however, missed their last three shots — including a pair of layups that could have given them the lead with less than a minute to go.

“Honestly, the only thing hurting us right now is our shots. We’re getting the opportunity but we’re just falling short,” St. Al coach Savannah Buck said. “But they’re improving every day and their teamwork is getting much better. We’re going to get there.”

Tallulah was just 4-for-15 from the free throw line in the fourth quarter, but most of its makes came in crucial spots and it also grabbed some big rebounds off of the misses.

Chandler Wood made the front end of a one-and-one to break a 24-24 tie with 4:20 left. She missed the second free throw, but Hargrave got the rebound and Kennedy made a layup for a 27-24 lead that Tallulah held the rest of the game.

Later, after St. Al cut it to one point, Kennedy made a layup with 30 seconds left and Evelyn Morgan split a pair of free throws with 16 seconds to go to make it 33-29. Tallulah grabbed the rebound off of Morgan’s miss as well, and dribbled out 8 of the final 16 seconds.

Selby finished with 14 points and nine rebounds for PCA (5-4, 2-0 MAIS District 3-3A). Riggs did not score any points, but had 10 rebounds and five blocked shots.

Chris Taylor also scored 14 points for PCA, which played its third game in five days and reached the halfway point of a busy stretch. It will play three more games next week — at home against defending MAIS CLass 3A champion Greenville Christian and St. Aloysius on Monday and Tuesday, and then at Benton Academy on Dec. 9.