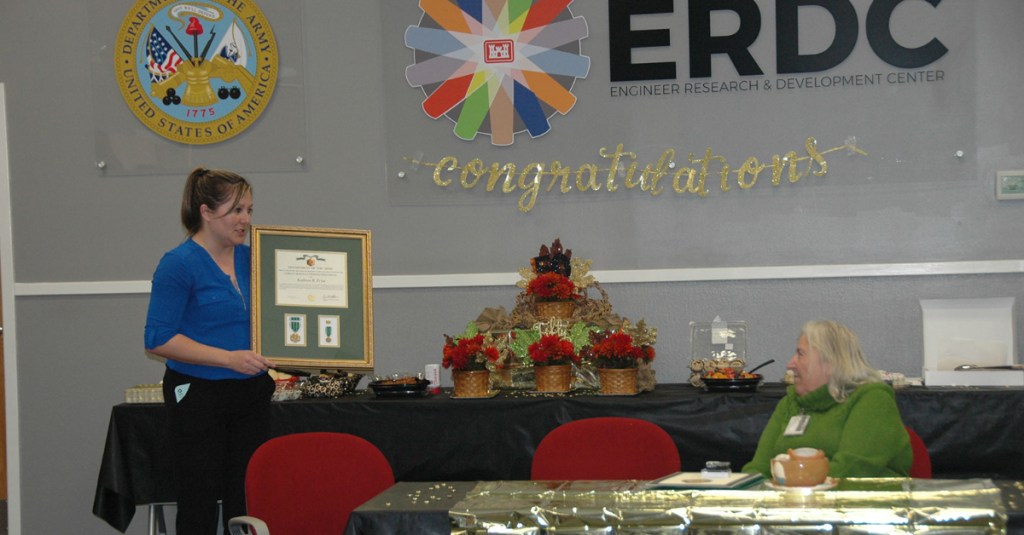 Employee retention is a challenge facing businesses and government agencies across the country. Millennials and Generation Z are constant job-hoppers who don’t expect to stay in one position for very long. In fact, according to a February 2021 CNBC article, “one in four of these workers plan to switch jobs this year, an increased pace compared to last year.”

Vicksburg native Kathy Friar is not a Millennial or Generation Z. The U.S. Army Engineer Research and Development Center (ERDC) was the place where she would begin, and end, her career.

Friar began her career with the ERDC in 1971 as a clerk typist in the Geotechnical and Structures Laboratory’s Mobility Systems Branch, where she spent her entire 50-year career. During her tenure, Friar witnessed many exciting research projects.

“My daddy worked here and retired in 1973, after 31 years of service,” Friar said. “The ERDC just felt like home.”

During her career at the ERDC, Friar saw numerous changes at the complex. But the most drastic, at least in connection with her daily duties, was the introduction of the computer to the workplace.

“When I started, I was using a typewriter to do my job,” Friar said. “Computers were introduced and changed everything. I was able to perform my duties more efficiently and effectively.”

Friar’s feeling that the ERDC was home was cemented when she met her husband, Lonnie, after starting her career in Vicksburg.

“Achieving 50 years of federal service is an amazing accomplishment! Kathy’s career is a testimony to her devotion to the Corps, Army and Country,” said Justin S. Stricker, division chief, Engineering Systems & Materials Division. “She has led a life of service and she will be sorely missed. We wish nothing but the best for Kathy as she begins a new journey.”

When asked what the best part of her time at the ERDC was, Friar said, “I really enjoyed the people and the work. I had the opportunity to learn about a lot of different projects and research. Lonnie worked on the project that developed the tires for the Lunar Rover, which was very neat.”

“Kathy was one of the most reliable employees we had, and she provided a multitude of administrative functions to ensure the seamless execution of large military engineering programs,” said Lesley Miller, GSL’s Mobility Systems Branch chief. “Her dedication and commitment to the ERDC is greatly appreciated.”

After her retirement on Dec. 31, Friar is planning on doing volunteer work and traveling with her daughters.