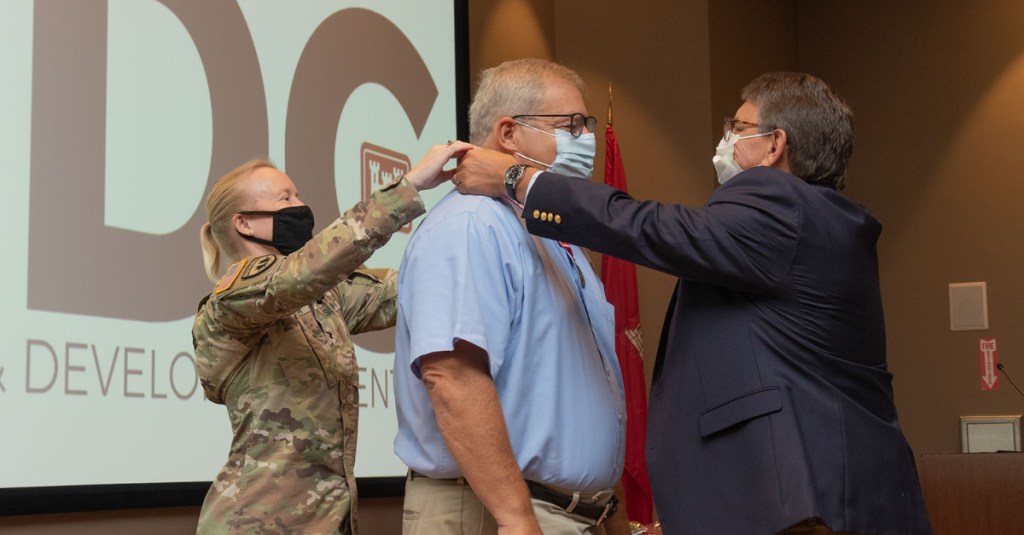 Terry Stanton began his career at the U.S. Army Engineer Research and Development Center (ERDC) more than 29 years ago, and in September, his hard work and service to the Army were recognized with one of the highest honors bestowed to employees — the Bronze Order of the de Fleury Medal.

From 2009 to 2014, Stanton served as chief of GSL’s Structural Engineering Branch. During this time, he was deployed to Afghanistan as part of Operation Enduring Freedom, where he served as Chief, Water and Infrastructure Division, Joint Programs Integration Office, United States Forces-Afghanistan.

“I have been fortunate to serve in many roles throughout my career,” Stanton said. “But I am most proud of the many opportunities I’ve had to provide engineering support to military operations and to help protect our Soldiers.”

“Terry has demonstrated tremendous leadership throughout his career in the field of military bridge engineering and the Army’s Bridge Safety Program,” said James L. Davis, division chief, ERDC Geosciences and Structures Division. “His technical contributions have made our Warfighters more effective and helped ensure the deployment readiness of our Army garrisons around the world.”

The de Fleury Medal is awarded by the Army Engineer Association to those who have made significant contributions to Army Engineering and is inscribed with the words “a memorial and a reward for courage and boldness.”