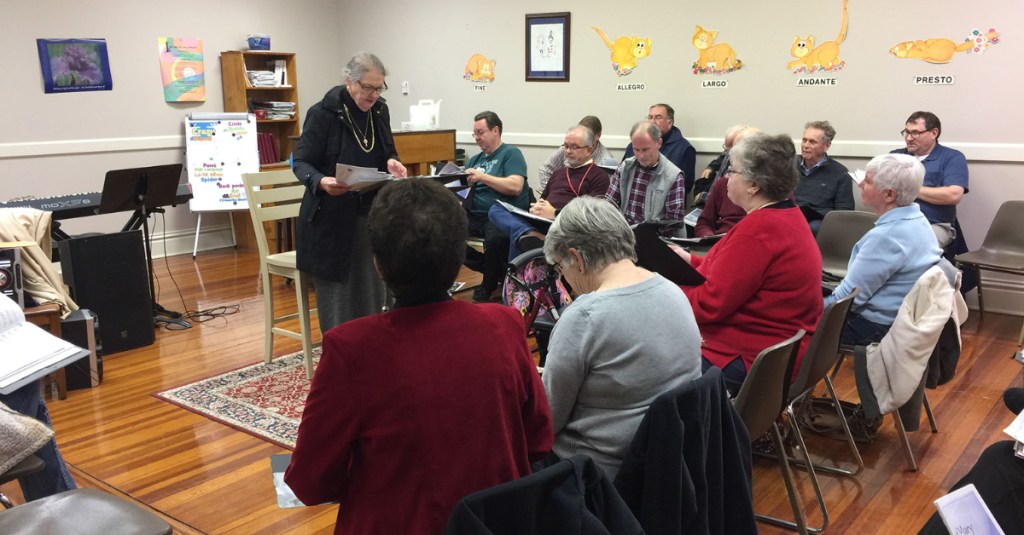 Sharon Pendley directs members of the Vicksburg Chamber Choir during a rehearsal. The choir will perform for the first time in more than a year when it presents a Christmas concert Tuesday at First Presbyterian Church. File photo

The Vicksburg Chamber Choir will give its first performance in more than a year Tuesday with a Christmas concert at First Presbyterian Church.

The performance begins at 7 p.m. and is free to the public.

“This will be a traditional concert with traditional Christmas carols accompanied by piano and pipe organ and will be acoustic,” conductor Sharon Pendley said.

The performance will be Pendley’s last as choir director; she is passing the baton to a new conductor.

“You get to a certain age where you just don’t have the energy that the group deserves to have,” she said in an October interview about the choir.

“I’m glad they have found a new, young conductor that can lead them on into the future,” she said, adding she will miss the times when she’s working with the choir.

The choir’s Christmas concert has been an annual event in the city, but its run was interrupted in 2020 when it was canceled out of concern for COVID-19.

“We have always done a very traditional Christmas carol concert for the city free of charge every year and they’ve been beautiful. With COVID, that went away,” Pendley said in October.

“I’m probably missing maybe one-fourth of my singers,” she said Thursday. “But we have enough of the singers back together who feel good enough about doing it (the concert) that we’re managing to take the field.”