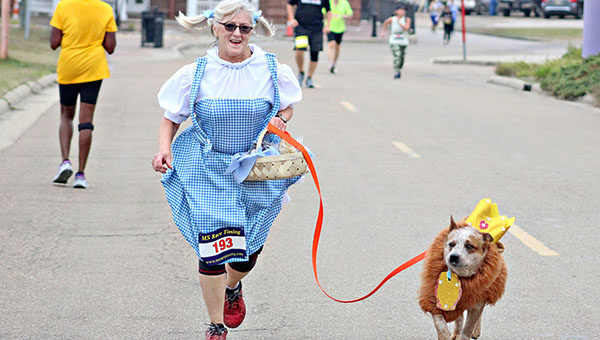 A couple of the favorites won again Saturday at the Reindeer Run 5K, but they took a backseat to a bunch of true underdogs.

Andrew Klock and Hendrix Eldridge won the men’s and women’s titles, respectively, in the 5K run. Nearly 25 dogs, however, stole the show with a pet parade and steady stream of colorful costumes as they made their way through the course in downtown Vicksburg.

An English Cream Retriever named Nala, who competed with a Santa Claus puppet on its back, took first place in the pet parade. The Reindeer Run 5K is a fundraiser for Paws Rescue and featured a blended Christmas and animal-friendly theme.

A number of people wore costumes, dressed up their dogs — or both — and ran or walked with their pets during the race.

“I think everybody is having fun. We had 24 dogs in the parade, and a lot of people went all out. The outfits, the runners … it’s a good way to kick it off and get you in the Christmas spirit,” race director Debbie Haworth said. “You’ve got to have fun with it. Ultimately, our goal is to raise more money for Paws Rescue so it’s a win-win.” 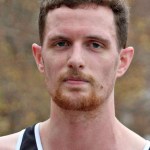 Also winning was Klock, who has now won the 5K run portion of the race all three years it has existed. He crossed the finish line in 19 minutes, 54 seconds. It was the worst of his three winning times, but still more than a minute ahead of runner-up Hayden Schappell.

“Maybe I ran a little better last year, but I got sick about eight months ago, which stopped my training for a couple of months,” Klock said. “It’s not my best time, but everything else was great — great conditions, great weather, great course. I took the pace in the first half-mile and then I took it on my own after that.”

Klock added that he was happy to go 3-for-3 in the last of Vicksburg’s seven major running events of the year.

“It’s really neat. Especially living here all three years and winning all three is really exciting,” Klock said. “We have a dog of our own and the community atmosphere at the end, plus it’s a great course running through downtown.”

Eldridge finished fifth overall, and won the women’s title, with a time of 22:13. The 13-year-old St. Aloysius student won the Reindeer Run championship for the first time, but has also won some of Vicksburg’s other big runni 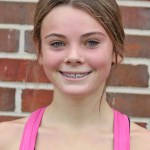 ng events such as the Chill in the Hills 10K and Spooky Sprint 5K.

“It’s exciting winning these big races, especially at my age. Hopefully I’ll have a lot more time to do it,” Eldridge said.

Eldridge was 33 seconds ahead of the women’s runner-up Laura Jimenez. Jimenez posted a time of 22:46, which was good for seventh overall among the 78 runners competing.

“It was definitely a hard course, but it was really fun. I enjoyed it because I got to see downtown. I liked it,” Eldridge said. “Usually at the beginning I get a really big head start because I start at the front. At that first hill I separated because I was going pretty fast.”

A total of 89 people and a number of dogs competed in the 5K race walk. Finishing first among them, for the second year in a row, was Vicksburg resident Steve Pranger.

Pranger, one of Mississippi’s top race walkers, won with a time of 34:45. Col. Teresa Schlosser, the commander of the U.S. Army Engineer Research and Development Center, was second overall and won the women’s championship in 35:21.