Vicksburg’s Jammin’ For The Kids receive a $3,500 donation from Spirit Riders 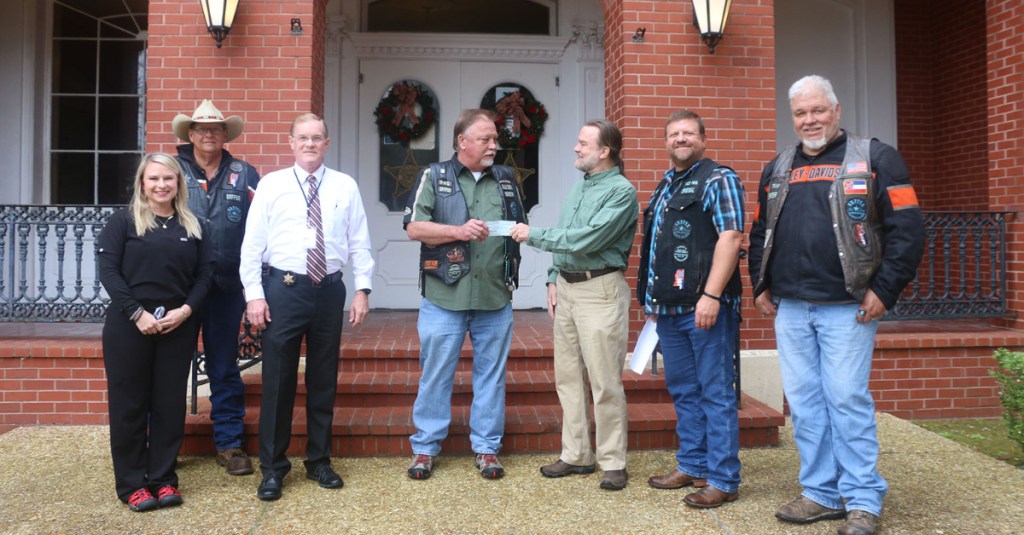 The Spirit Riders are a group of Christian motorcyclists who have a mission.

Their goal is to help children in need who reside in the Central Mississippi area. On Friday, members of the group drove to Vicksburg to donate $3,500 to the Jammin’ For The Kids fundraiser.

For the past five years, a portion of the proceeds from the Spirit Riders’ annual fundraising event has been donated to Jammin’ For The Kids.

“We do a big benefit in June,” Spirit Rider member Billy Earl said. “We do a motorcycle ride, a live auction, a silent auction and a raffle. We raffle off a car every year.”

Proceeds from the auction are usually given to a child battling cancer. And this year, Earl said the group had been blessed and was able to donate $78,000 to a family for their child.

In addition to funds going toward children suffering from cancer, and supporting Jammin’ For The Kids, the group also donates money to the Baptist Children’s Village and the Rankin County Youth Court.

Earl said their decision to support Jammin’ For The Kids was because they liked the fundraiser’s mission.

Jammin’ For The Kids is a fundraiser, which benefits children whose parents are incarcerated and would otherwise not receive Christmas gifts. The fundraiser and event was initiated by local musicians more than 20 years ago and has remained successful.

The toys bought with funds or donated are distributed to the children with the help of Beyond Walls Ministries and the Warren County Chaplain’s office.

Due to COVID-19, this will mark the second year Jammin’ For The Kids will not be held in-person. However, funds and gifts can still be donated.

To donate financially, checks can be made out to “Beyond Walls Ministries,” and mailed to or dropped off at River City Rescue, 3625 Washington St. Vicksburg, MS 39180.