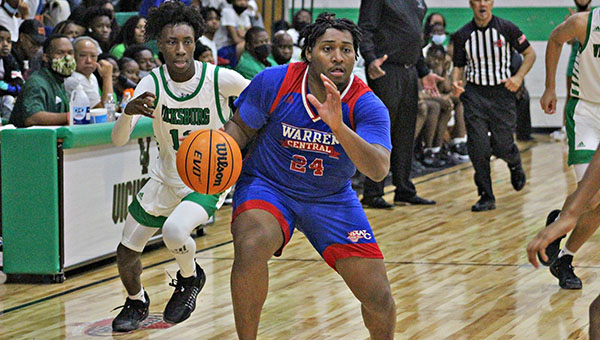 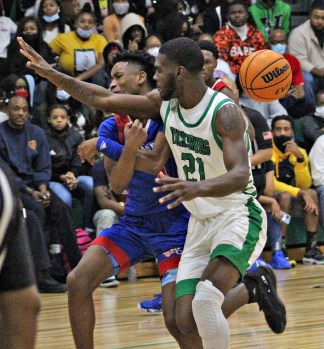 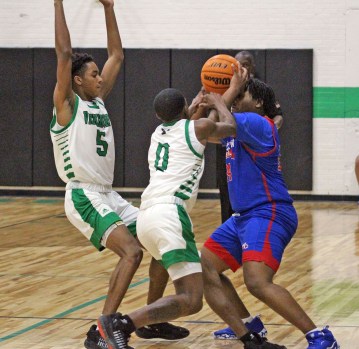 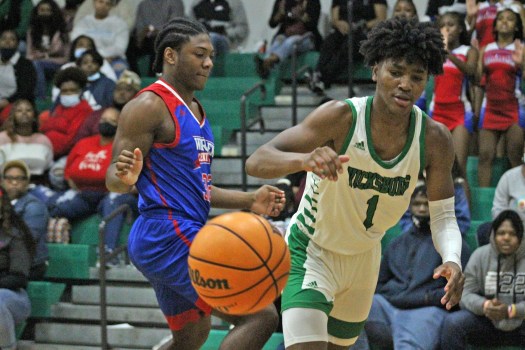 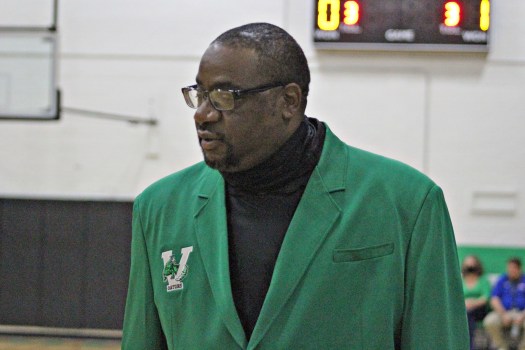 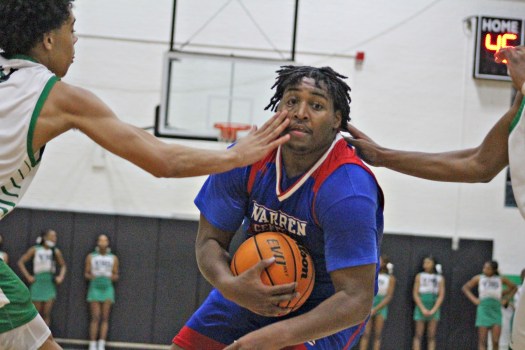 Warren Central's Darrton Allen is fouled by a Vicksburg defender in the fourth quarter of Saturday's game. Allen scored nine points to lead the Vikings to a 48-45 victory. (Ernest Bowker/The Vicksburg Post) 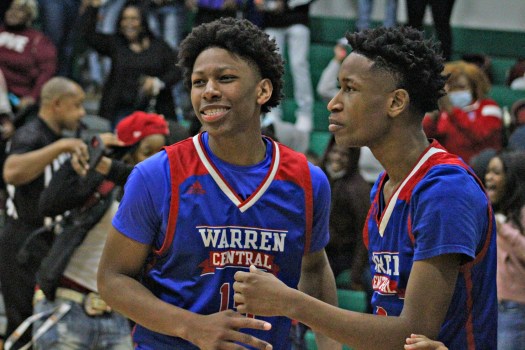 Warren Central's Gaylon Turner (15) and Taylor Mitchell celebrate at the end of their 48-45 victory over Vicksburg on Saturday. (Ernest Bowker/The Vicksburg Post) 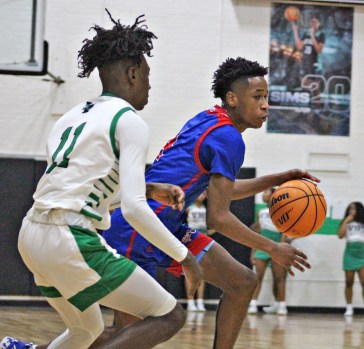 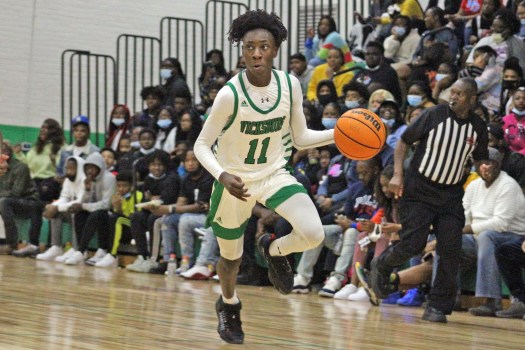 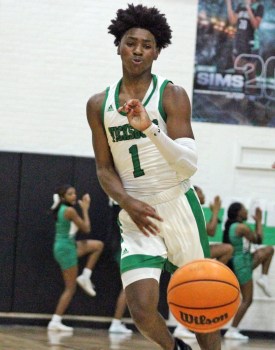 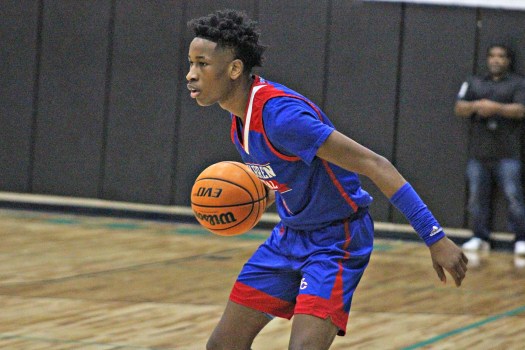 One win won’t change the culture of Warren Central’s boys’ basketball team the way its players and coaches want to. But it might be a good start.

Gaylon Turner hit two free throws with 1:45 remainining to put the Vikings ahead for good, and they held Vicksburg High scoreless the rest of the way to win 48-45 on Saturday.

Warren Central (3-6) snapped a four-game losing streak against the Gators (6-6).

“This is a big win. I’d be lying to you if I told you it wasn’t a big win for them, and for the program,” Warren Central coach Keith Williams said. “This was something they had marked on the calendar. They had been looking forward to it. They’ve been hungry. I think we’re heading in the right direction.”

Vicksburg finished a long, difficult week with its second loss in three games. It beat Natchez 65-44 on Friday night, but couldn’t finish the season sweep against Warren Central 18 hours later.

The Gators went 16-for-30 from the free throw line and missed their last four shots from the field.

“That’s a very tough loss,” Vicksburg coach Kelvin Carter said. “We’ve been struggling. This is Game 12, and at the free throw line we’ve been having woes the whole season. We’ve just got to find a way to make a free throw. If we make free throws, that’s the difference in the game. They made free throws and we didn’t make free throws.”

Vicksburg beat Warren Central 56-53 when they played three weeks ago, and this one came down to the wire as well. Vicksburg had several big runs during the game, but Warren Central answered each time to keep it close. Finally, Turner’s free throws with 1:45 left put the Vikings ahead 47-45 and set up a frantic — if sloppy — finish.

Vicksburg missed three 3-pointers, a shot in the lane, and three free throws in the final 105 seconds. Warren Central committed two turnovers to give the Gators a spark of life.

“No ball movement. It’s hard to get a bucket when you’re trying to go one-on-one. The offense got stagnant because we wouldn’t move the ball and run our sets,” Carter said.

“It was a good win. We were focused,” Allen said.

Allen finished with nine points for Warren Central, Mitchell scored eight and Turner had seven. Deonte Segrest scored a game-high 18 points, with 14 of those coming in the first half.