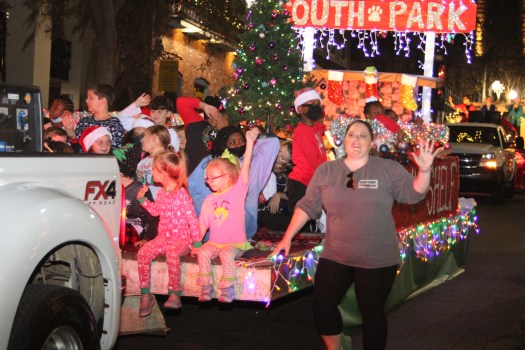 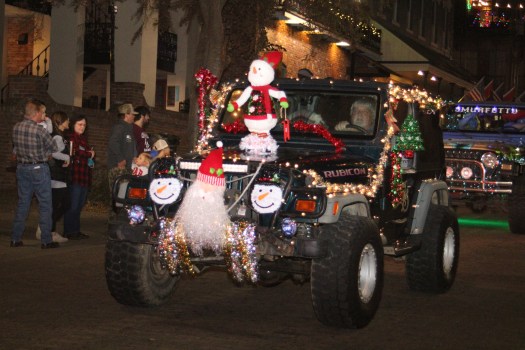 A dozen or more Jeep Wranglers, decked out in Christmas lights, inflatables and more, rode in Saturday’s Christmas parade. (Photo by John Surratt | The Vicksburg Post) 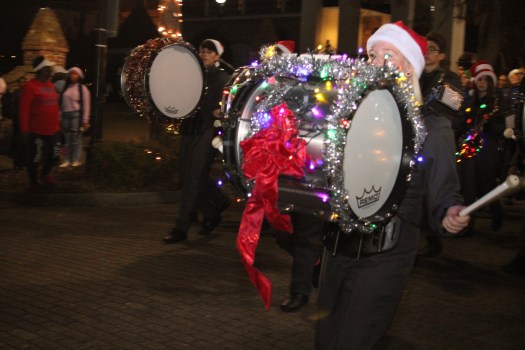 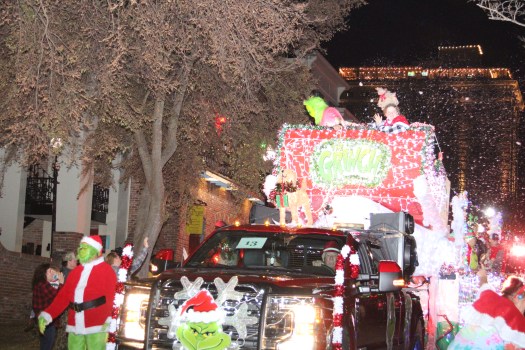 One year after it was postponed, more than 3,000 area residents lined Washington Street and gathered on balconies Saturday to watch Downtown Vicksburg’s Christmas Parade of Lights.

The theme for the parade was “My Favorite Christmas Story,” and the multi-colored lighted floats highlighted several story themes, from the story of the first Christmas to the Polar Express and Rudolph the Red Nose Reindeer. The Grinch was the topic for several floats, including award-winner Danny Hearn Trucking, which featured the Grinch staring down on the parade from his perch on Mount Crumpet.

“The Christmas parade was phenomenal,” Mayor George Flaggs Jr. said at Monday’s meeting of the Board of Mayor and Aldermen. “I’ve never seen so many people on the streets of Vicksburg. The floats, the cars, the young kids, everything; you wouldn’t have known that there was a COVID outbreak around.”

“We had such an amazing night for the Christmas Parade of Lights,” Downtown Vicksburg Executive Director Kim Hopkins said. “The rain stayed away and the night was beautiful.”

Winning floats from the parade included:

• Most Enthusiastic: Who Dat Nation