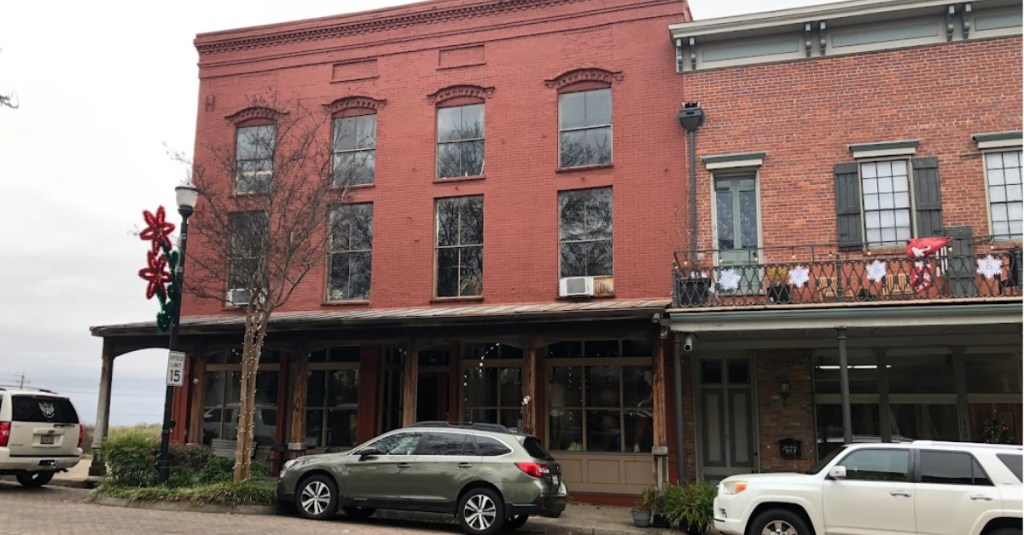 The building at 1108 Washington St. began as a China Store and is now home to a beauty shop. (Photo submitted)

As early as 1859, the building at 1108 Washington St. housed A. Genella’s China Store, which carried far more than china.

Included in his store were frames, wallpaper, window shades, linens, toys, books, glass and candlesticks. The Daily Evening Citizen reported that “Mr. A. Genella raised a handsome Confederate States Flag in front of his China Store yesterday. It has 10 stars on it, which are intended to represent the 10 states that are now in the Southern Confederacy.”

The China Store survived the Civil War, a fact that Genella used in an advertisement. Antonio Genella died in 1871 and the store stock was purchased by William Crutcher and Co.

In 1873, Antonio’s brother, Joseph, reopened the China Store in the “old stand.” By 1878, Mrs. E.A. Riddle operated her linens and ladies’ undergarments store in the building. In the 1880s, it was a furniture store and in 1889, Mrs. R.C. Auter and Co. was selling handkerchiefs, vests, baby bonnets, collars, cuffs and gloves.

By 1893, Bonelli Brothers Furniture Store called the building home and then they leased it to Dornbusch and Hopper, General Merchandise, in 1895. A number of businesses including furniture, millinery, notions, etc. operated out of the building until about 1903 when the Racket Store moved from up the street into the building.

A Racket Store is defined as a store selling a wide range of inexpensive items. Between 1914 and 1925, the two-story building became a three-story building by dividing the second story into two, adding a floor. The Racket Store remained in the building for decades, eventually becoming Wilson’s Hardware Store, which closed in the 2000s.

The building is currently a beauty salon with an apartment.