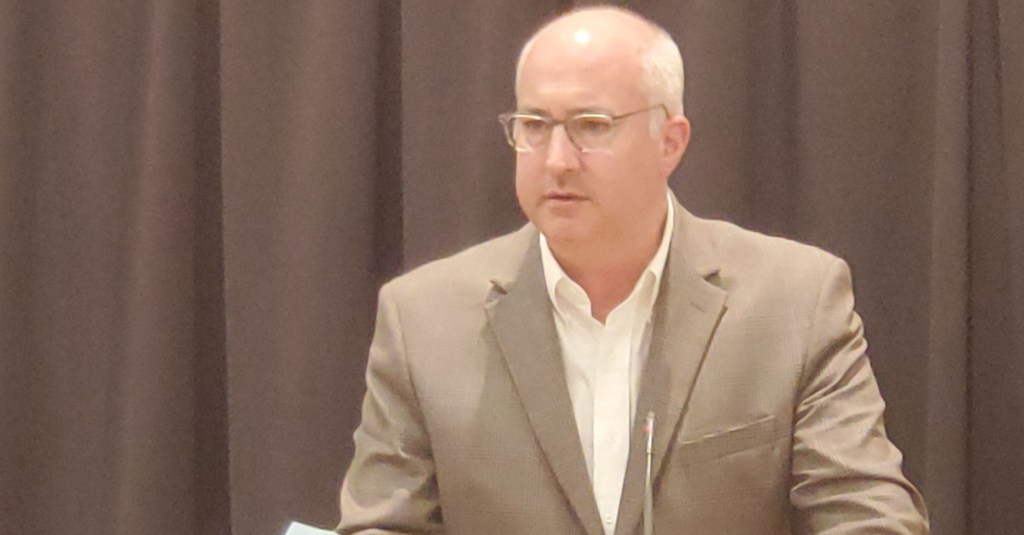 Brad White, Executive Director of the Mississippi Department of Transportation.

Mississippi is getting $3.6 billion for roads and bridges under the federal Infrastructure Investment and Jobs Act, but the money is coming with strings attached.

“This bill is what I would call an omnibus bill; it has all the authorizations that we would need from the department of transportation standpoint to allow the federal transportation agencies to conduct business,” Brad White, Executive Director of the Mississippi Department of Transportation, told Vicksburg-Warren Chamber of Commerce members Wednesday.

Besides money for infrastructure, the bill provides $50 million for electric car charging stations and $40 million for bridges. Mississippi will receive about $75 million in water infrastructure funding under the bill, U.S. Environmental Protection Agency officials have announced.

Part of the highway provisions, White said, is the reauthorization of the federal Highway Trust Fund money for Mississippi, which is $500 million per year for five years; a total of about $2.6 billion for the state. Congress reauthorizes the trust fund money every five years.

“This bill and the components of it provide a lot more money,” White said. “This is not new money; what we have is additional money.

The extra $1 billion the state received, which officials believed would be used for state infrastructure programs, White said, is not going to the state.

“What that means is the Federal Highway Administration will tell us how to spend it, where to spend it, what the guidelines are, and then they have to give their consent to the way it’s being spent and then they reimburse the pay rate of the contract. None of it goes through Mississippi,” White said. “We’re not getting a big pot of money that we can spend however we want; contrary to what’s been said, there’s not a lot of discretionary money. We do look forward to being able to address the needs of the state, but we have to be careful. This $3.6 million that we’re talking about, a lot of people think it’s being transferred to MDOT’s account; it stays with them.”

Also, he said, the state will have to provide matching funds for the federal highway projects, adding that amount is about $165 million over the next five years. He said the Legislature is working to find ways to get the money for the matching funds.

“We’re waiting on guidelines on how to spend the money,” he said.

White said MDOT officials have projects waiting that can benefit from the federal money. One is in Warren County.

“When you look past the list that’s been sitting on the shelf for the past 10 years, one of the projects that stands out quickly is I-20 from (U.S.) 61 to the Mississippi River Bridge,” he said.

Some of the design has been done and preconstruction and construction estimates have been developed, according to information from MDOT.

“Right now, that project lists about $800 million to do the whole thing. I would suggest it be revised. We have $4.5 billion worth of projects like that all around the state. They have met the criteria (for funding),” White said. “Come February, the guidelines will come out so know in what category the money will be sent. As soon as we understand the guidelines, we can go to the Legislature and determine the best way to spend the money and prioritize the projects.

“When you start talking about projects in the $30 to $40 million range we want to be sure that every step we’ve taken has been taken in the appropriate way for us to deliver the best possible product at taxpayer expense.”