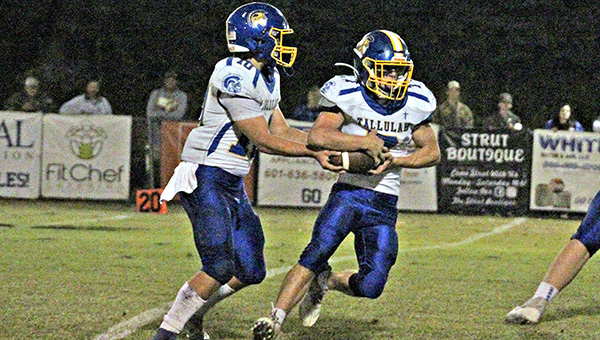 Tallulah Academy running back Paul Michael Machen (7) takes a handoff from quarterback Dee Morgan (10) during an MAIS Class 2A playoff game against Porter's Chapel Academy. Both players were selected to the All-MAIS Class 2A team. (Ernest Bowker/The Vicksburg Post) 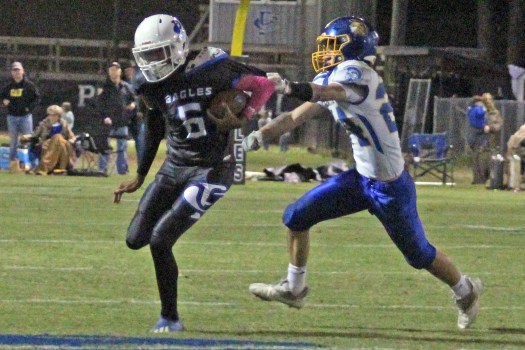 Porter's Chapel Academy's Daniel Llopis (6) runs out of the grasp of Tallulah Academy's Wyatt Bedgood (24) on a fake punt during an MAIS Class 2A playoff game. (Ernest Bowker/The Vicksburg Post) 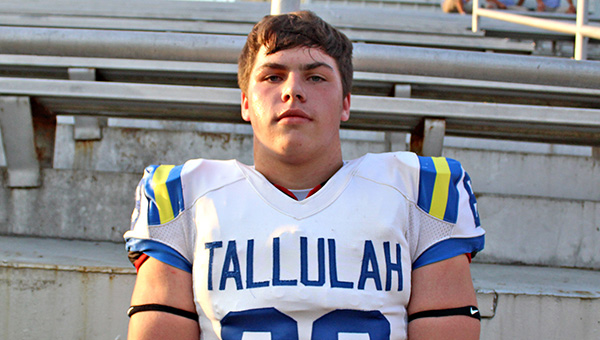 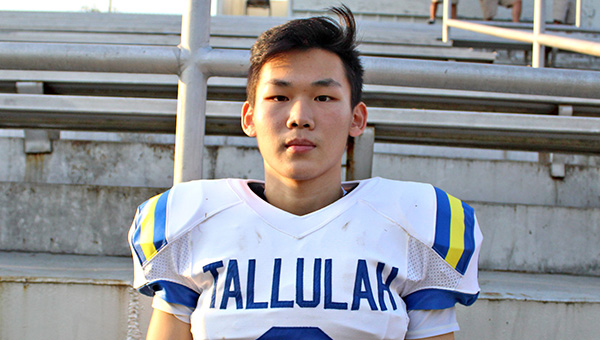 Tallulah Academy defensive back Johnson Zheng was selected to the All-MAIS Class 2A team. Zheng had 45 tackles and two interceptions this season.

Success on the gridiron translated into postseason recognition for a handful of players from Porter’s Chapel Academy and Tallulah Academy.

Llopis helped PCA control field position all season long, with 17 touchbacks on kickoffs and an average of 42 yards per punt. He also made all of his PAT attempts.

Morgan, Machen and Vickery, meanwhile, were the driving forces of a Tallulah offense that averaged 44.6 points per game.

Morgan passed for 1,070 yards and 15 touchdowns, and ran for 673 yards and 16 TDs. The junior also played defensive back and finished with 44 tackles and two interceptions, including a pick-six against Newton Academy.
Machen had seven 100-yard rushing games in 10 starts, and totaled 1,543 yards and 17 touchdowns. He also caught 12 passes for 319 yards and five touchdowns.

Zheng finished the season with 45 tackles and two interceptions. He had a 65-yard interception return touchdown and eight tackles in a win over Class 2A finalist Manchester Academy in September.

A number of Vicksburg-area players were also selected to the All-MAIS Class 1A team.

Sharkey-Issaquena Academy’s Dusty Hatcher and Chris Gibson made it as a defensive lineman and all-purpose player, respectively.

Coullard was selected as the Class 1A Defensive Player of the Year. He finished the season with 78 total tackles, including 22 tackles for loss, eight sacks and one interception. He forced two fumbles and recovered three to lead the Rebels to their third consecutive appearance in the Class 1A championship game.