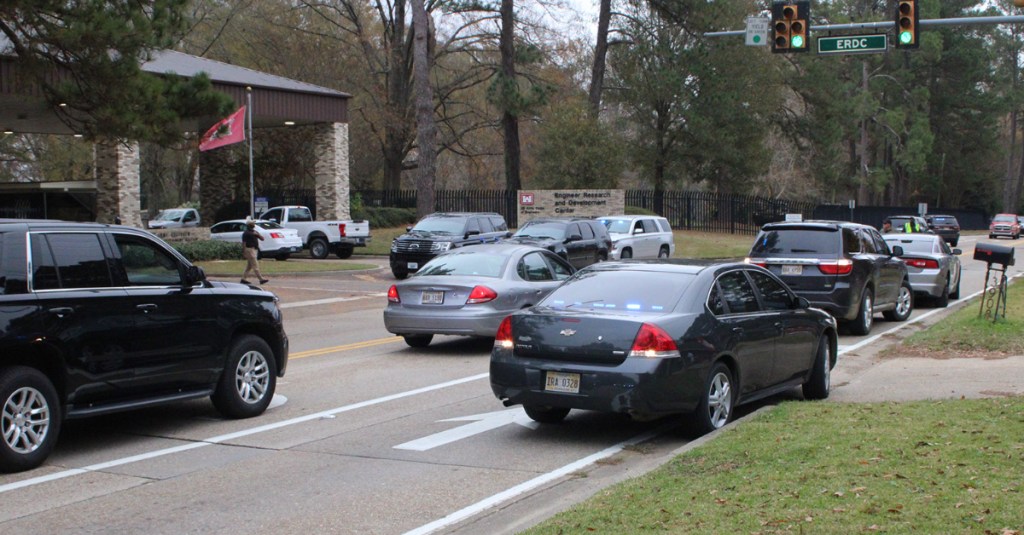 Huskey explained that the official autopsy report for Justin May, 37 of Vicksburg, was not complete, but his unofficial ruling was that May, a security officer for ERDC, committed suicide near the main gate of the campus.

The incident occurred at approximately 11:30 a.m. Thursday when it was reported that an individual had been shot in the head at ERDC’s main gate on Hall’s Ferry Road. The individual was later identified as a security officer for the main campus.

ERDC employees were ordered to shelter-in-place for approximately two hours as the campus was locked down and local authorities responded to the scene.

Dr. David Pittman, director of the U.S. Army Engineer Research and Development Center, expressed condolences on behalf of the complex.

“The ERDC family is heartbroken over the loss of our teammate, Justin,” Pittman said. “As a member of our security team, Justin was often one of the first faces I saw when coming through the gate to work each morning, and he is very missed. This unexpected loss is a difficult one, and my thoughts and prayers are with his many family members, friends and colleagues during this time.”

There was no threat of an active shooter, according to the Vicksburg Police Department. The Vicksburg Fire Department, EMS and ERDC security all responded to the scene.

May was transported to Merit Health River Region and later was pronounced deceased by Warren County Deputy Coroner Kelda Bailess in the hospital’s emergency department. Bailess confirmed to The Post on Thursday that the wound was believed to be self-inflicted, but the incident was still under investigation by the Vicksburg Police Department.