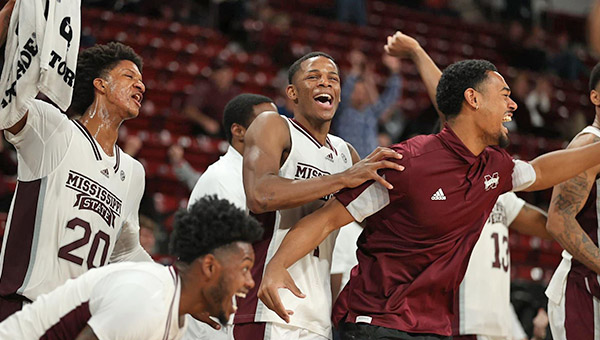 It was Mississippi State’s second-largest margin of victory this season. The Bulldogs beat Montana by 37 points on Nov. 13. The Bulldogs improved their record to 7-3, with a home game against Furman up next on Friday.

“We’ve been dying for a win,” said Mississippi State forward Derek Fountain, who had 10 points and nine rebounds. “This feels good. It puts a great taste in our mouths. It brings back the positive vibes. No more heads down.”

Shakeel Moore’s layup broke a tie at 8-all, and that triggered an 11-4 Bulldogs’ run. Jeffries’ 3-pointer with 8:35 left gave Mississippi State a 22-14 lead and they went on to outscore Georgia State 21-8 to close the first half.

Molinar only missed one shot all night, going 5-for-6 overall and made all seven of his foul shots. Molinar entered as one of four SEC players to score in double figures each game this season.

Corey Allen scored 15 for Georgia State (5-4), which has now lost three of its last four.

Nolan went 5-for-8 from 3-point range and added six assists for Jacksonville.

Southern Miss scored 19 points in the first half, a season low for the team.

Green made three consecutive 3-pointers and Berhow added another to open the second half and give Northern Iowa a 38-34 lead with 13:19 left. The Panthers eventually stretched it to a 21-2 run and never trailed after Berhow’s 3-pointer.

The Shockers also outscored the smaller Braves 46-16 in the paint and had a 43-30 rebounding advantage, helped by 19 offensive boards.

The trip to Wichita began a difficult five-game road swing for Alcorn that will carry them into Southwestern Athletic Conference play in Janaury. The Braves will play at Tulsa on Thursday; at No. 1 and defending national champion Baylor on Dec. 20; at Oklahoma on Dec. 22; and at Minnesota on Dec. 29.

McNeil finished with a game-high 22 points, and Braxton Bertolette scored 16 for Montevallo.