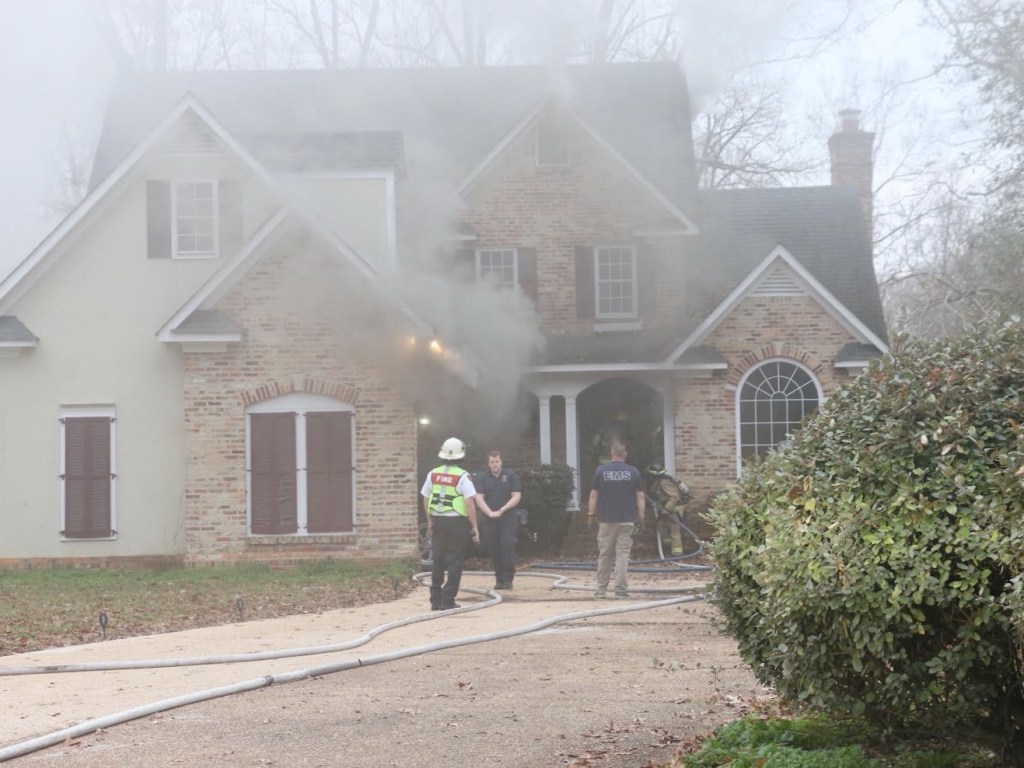 A fire was reported at 122 Woodstock Drive in Vicksburg on Wednesday morning. No one was home at the time of the fire. (Photo by Terri Cowart Frazier)

Smoke coming from a house at 122 Woodstock Drive in the Audubon subdivision was reported early Wednesday morning.

Upon arrival, Danczyk said, heavy smoke could be seen coming from the home. Once inside, firefighters found a fire on the main floor in the area of the master suite.

Danczyk said they were still trying to determine the exact point of origin.

“It is not known yet, but hopefully today we will have that information,” he said.

Normally, Danczyk said, he sends in three fire truck rescues and an ambulance, but due to the size of the home, he sent in a fourth fire truck.

Engine 2 from Indiana Avenue was the first to arrive on scene. Also responding were Engine 8 from Halls Ferry and Ladder 3 from East Clay Street.

“I called in Engine 6 from Central Fire just as a manpower truck. Based on the size of the home and the labor it was going to take, I brought in another crew just to divide the labor,” he said.

The smoke and the size of the home was the biggest obstacle, since there was “zero visibility,” Danczyk said.

Danczyk said the cause of the fire has yet to be determined; therefore, an investigation will be conducted.

“We are going to go through the investigation A to Z and find out the point of origin and then let the state — we might even let the state take point,” Danczyk said. “Oftentimes, when we get into a high dollar figure on a home, we bring in the state to have an extra investigator.”

No one was at home during the time of the fire, but a Rottweiler dog was in the back yard.

Danczyk said the dog was secured and taken to safety.