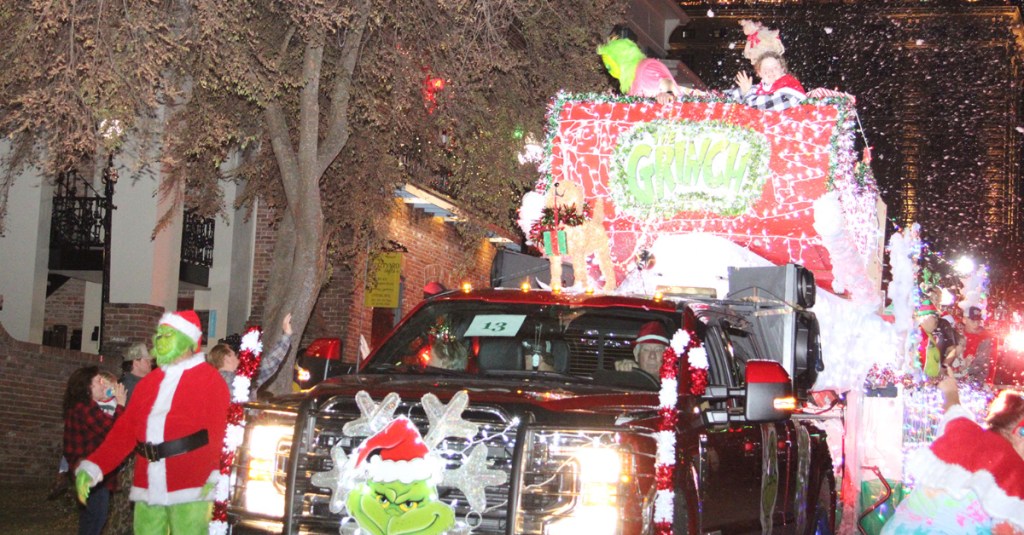 At the beginning of the month, I had the pleasure of taking my family to Vicksburg’s Christmas Parade.

It was an absolute delight from start to finish. Unsure of what to expect with a 16-month-old, we quickly discovered it was a fun family event for all ages.

For the first time in entirely too long, I felt the glow of Christmas magic. We began the evening with a short walk down Monroe Street, and stationed ourselves in front of the newspaper office, toward the end of the route.

Seeing family and friends on the sidewalk made for a heartwarming time, as my daughter got more excited with each visitor. Before the parade began, we strolled around Washington Street Park to see the light displays, dodging rambunctious “big kids” at every turn.

When the parade started rolling, with its lights and music and new sounds, it was a full sensory experience for my toddler. I don’t know what was more entertaining — the multicolored floats or seeing Maggie wobble around and dance to the beat.

The marching bands were especially exciting, with the drumline beating and the horns blaring. We even fist-bumped a man on a motorcycle and got candy from a pageant queen. It was the small-town, All-American, cheer-filled evening we’d all been missing as a community.

At the city board meeting the following Monday, Mayor George Flaggs Jr. confirmed what we knew to be true: This year’s Vicksburg Christmas Parade of Lights was the biggest, most well-attended Christmas parade the city’s ever had.

It was certainly the boost I needed to get into the Christmas spirit.

Thank you to the parade organizers and participants for a wonderful evening of holiday cheer.