LOOKING BACK: 1300 Washington St. began as bank, evolved over time 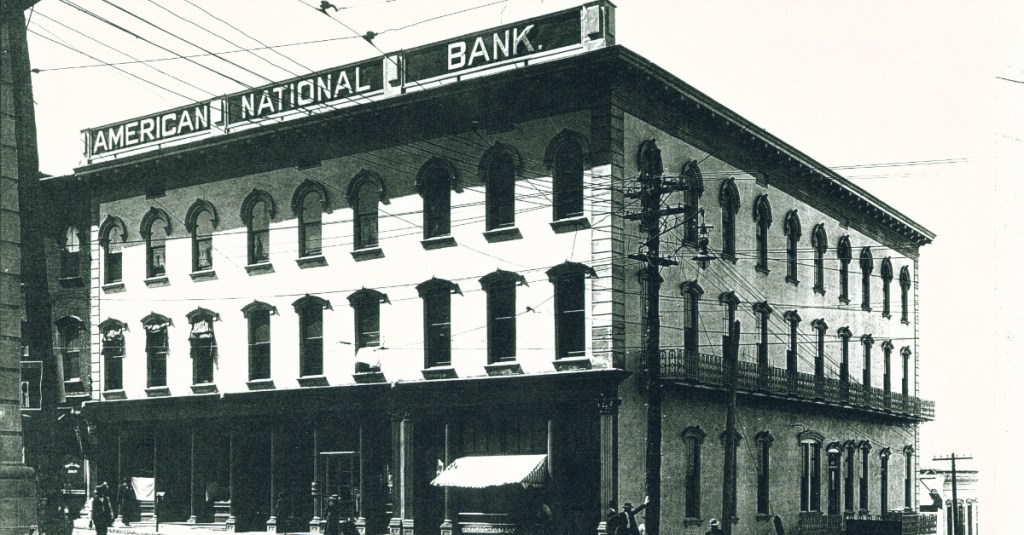 The historic photograph shows the building on the southwest corner of Washington and Clay streets in about 1907.

The bank was established in 1866 and an article in the Vicksburg Herald on November 13, 1881, reported that it was the 15th anniversary of the bank, “an institution whose influence at the present time is felt far and wide over this entire section of country. Fifteen years ago yesterday it was organized by Mr. John A. Klein, Mr. Geo. M. Klein, Gen. E.S. Butts, Mrs. J.H. Willis and Mr. B.R. Thomas.

“John A. and George M. Klein withdrew in 1870, and Willis and Thomas died several years since, leaving Butts the only one of the original party who is still connected with the institution.

“In 1875, Gen. Butts was made President of the Bank, and T.R. Roach was made Cashier, and how well these gentlemen have managed the affair so this splendid institution may be gathered from the unparalleled success which has attended its career from the beginning, at all times, in the midst of death and pestilence, through financial paroxysms, and the revolution of great tides, whether we consider the subject figuratively or otherwise.

“The Vicksburg Bank today stands A-1 in commercial circles the Union over, and that it may so continue, we ever pray, etc.”

An earlier article in 1877 had touted the success of the bank and how it had survived the banking crisis of 1871 to 1873.

The basement of the building was the home of many businesses over the years, including J.L. Herman Liquor, Tobacco and Cigars (1873), Dorsey and Phelan, importers of the Tennessee Wagon (1878) and numerous barbers including Laurence’s Tonsorial Parlor (1881).

The second and third floors housed offices for insurance agents, real estate agents and lawyers and lodge rooms for associations, including the Knights of Honor Lodge 757 in 1879. To be continued next week.