Northwest Rankin takes two from Warren Central on the pitch 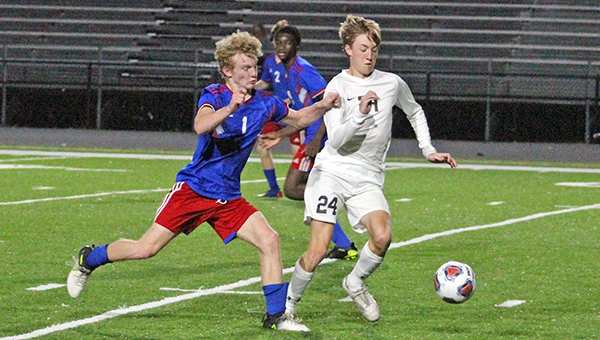 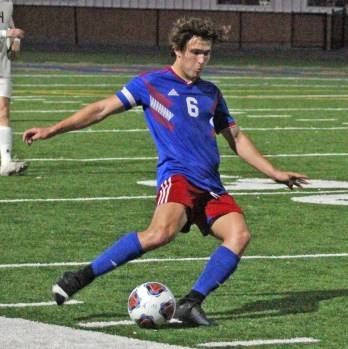 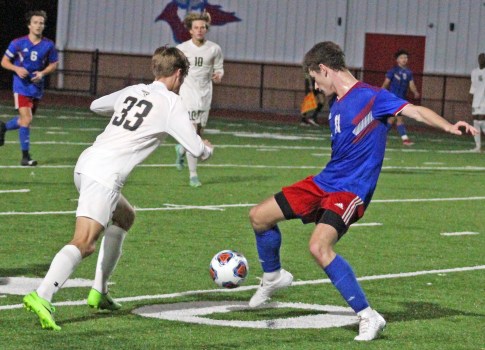 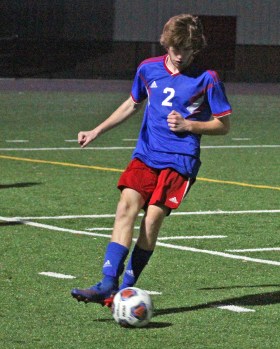 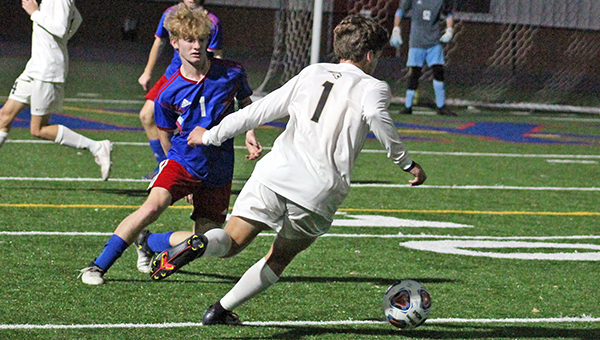 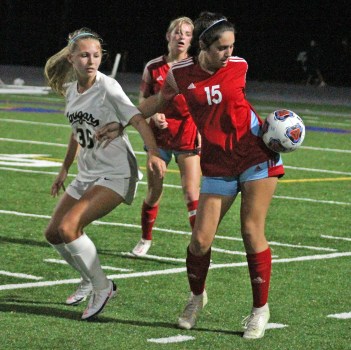 Warren Central's Riley Martin (15) hits the ball with her hip in the second half of Tuesday's game against Northwest Rankin. (Ernest Bowker/The Vicksburg Post) 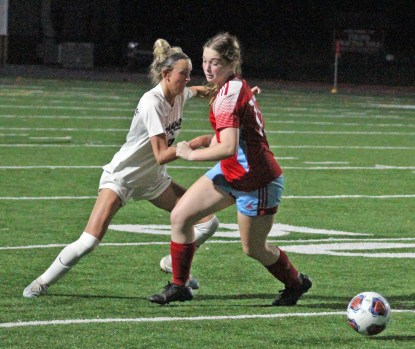 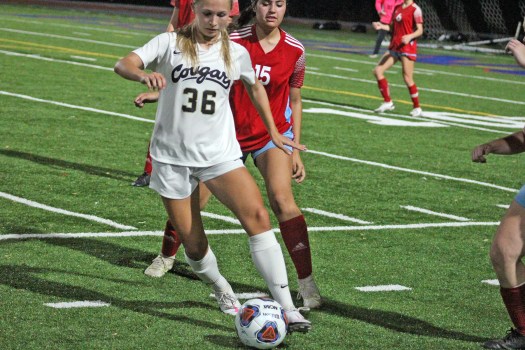 By the time Warren Central’s boys’ soccer team got up to speed on Tuesday, it had already given a dangerous opponent a head start it didn’t necessarily need.

Northwest Rankin scored two goals in the first half, then controlled the action for most of the second as it defeated the Vikings 2-0.

“In practice we’ve been getting a little slow. We’ve been beating everybody and taking it easy. I told them we’ve got to get quicker because Northwest Rankin is fast,” Warren Central coach Greg Head said. “It took us a whole half of the first half before we could match their speed. By then it was 2-0.”

Rory Humphrey and Tucker Jones had the goals for Northwest Rankin (13-0-1, 3-0 MHSAA Region 5-6A), which outshot Warren Central 18-4. Humphrey’s goal came in the eighth minute, and Jones’ in the 27th. Warren Central (8-2-1, 2-1) did not put a shot on goal until Tony King took a free kick from the 30-yard line that sailed right into the arms of the keeper.

Despite the lack of offensive punch, the Vikings did play a solid defensive game. Goal keeper Ben Vroman made 11 saves, and he and his defenders managed to hold the line at 2-0 in the second half.

“We didn’t control the game or dominate the game, but we were in it,” Head said. “We’ve got to practice with that intensity from here on out, because this is what we’re shooting for. We want to play with the best, and we’ve got nothing but good teams from here on out. If we want to get to that level we’ve got to push ourselves.”

Holding the Cougars to only two goals in their first meeting of the season means Warren Central still has a chance to make up the difference when they play again in January in Flowood. If nothing else, it could help them when it comes to other tiebreakers within Region 3-6A.

Warren Central will finish the 2021 part of its schedule Saturday at 10 a.m., when it hosts Neville (La.) at Sports Force Park in a tournament hosted by St. Aloysius. The Vikings won’t play after that until they host Richland on Jan. 4.

“We did hold them, so we can come back. We can play with them,” Head said. “We just have to get everybody healthy, which after Christmas hopefully they’ll be there, and practice at a tougher speed.”

Abbi Hornke, Emily Dixon and Anna Ashley also scored goals for Northwest Rankin, which led 4-0 at halftime and finished it via the mercy rule with Ashley’s goal in the 60th minute. All four of the Cougars’ first-half goals came in the first 17 minutes.

“Northwest Rankin is always going to be a skilled opponent. They have tons of depth and lots of good select players, and we unfortunately don’t have a select program here. Any time you play against a team like that, the odds are going to be stacked against you,” Warren Central coach Jeremy Lawrence said. “The second half we came out and fought a lot harder and played a lot better. We didn’t get any opportunities, but against a team like that it’s tough.”

Vicksburg 6, Raymond 1
Trinity McGloster scored three goals — all in the first half — and added an assist to lead Vicksburg High past Raymond.

Alysha Murrell and Kennedy Mullins each had a goal and an assist for the Missy Gators, while Midori Allen and Amari Johnson had one assist each.