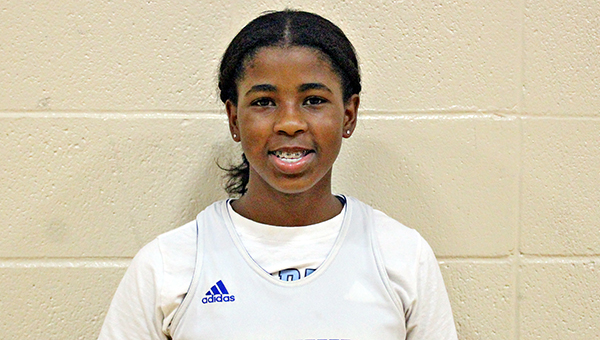 Warren Central's Ta'Miya Sims scored a game-high 15 points in a 60-8 win over Jefferson County on Tuesday.

Warren Central put two lopsided losses in the rearview mirror by dishing out a beating of its own.

Ta’Miya Sims, Jae’la Smith and Zion Harvey all scored in double figures, and the Lady Vikes wiped out Jefferson County 60-8.

Warren Central (7-5) had lost its previous two games by 28 and 20 points, but went on a 27-0 run in the second half to blow open Tuesday’s game. Sims finished with 15 points, while Smith and Harvey had 10 each.

Vicksburg 62, Murrah 39
Ja’Na Colenburg made nine 3-pointers and scored a career-high 27 points, and Vicksburg High’s girls’ basketball team blew out Murrah for its seventh win in a row.

Colenburg came off the bench and hit four consecutive 3-pointers for a 12-0 run that gave the Missy Gators (11-3) some separation, and they never looked back. Colenburg finished the game 9-for-19 from 3-point range. She also had three steals.

Vicksburg will play at Ridgeland Saturday at 1:30 p.m.

Darrton Allen added 11 points for the Vikings (3-8), who won for the second time in three games. Deonta Segrest scored nine and Garrett Orgas-Fisher had eight.